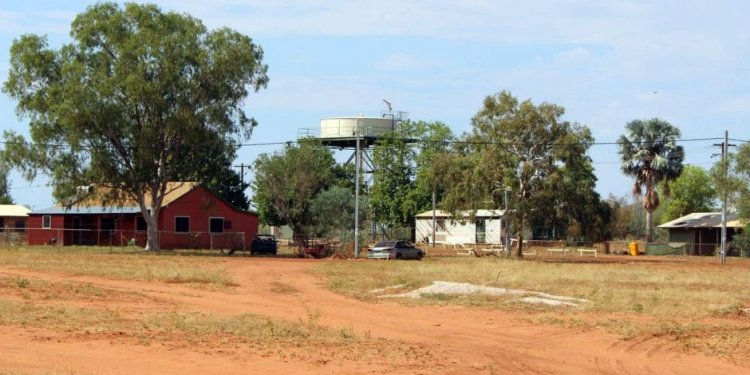 Gary Murray, chairman of the Northwest Region Aboriginal Cultural Heritage Board and a member of the Dja Dja Wurrung nation speaks as protesters stage a sit down protest outside Flinders Street Station in Melbourne on Friday. Photograph: Scott Barbour/Getty Images

Tens of thousands of Australians have taken part in protests throughout the country in a fight against the forced closure of Aboriginal communities in Western Australia, with some continuing into Friday night.

Last November the Western Australian premier, Colin Barnett, announced the government would stop providing services to up to 150 remote Aboriginal communities there, a move that would force many to close as resources were redirected towards bigger towns.

Since then, protests have been held throughout the country and have been gaining momentum, culminating in the biggest round of protests against the closures to date, including solidarity protests overseas in New Zealand, the US and Europe.

About 90 events were held altogether, organisers said, including in Broome, Canberra, Townsville, Perth and South Hedland, while the Brisbane rally was forced to be rescheduled because of severe weather

Many Aboriginal people and peak organisations describe Barnett’s plan for their communities as disempowering and racist, and as an act of genocide that would destroy important culture and languages.

Pekeri Ruska, an organiser of the Melbourne rally and a council member for the Warriors of the Aboriginal resistance, said people wanted the communities to remain where they were.

Protesters listen to Labor senator Nova Peris at the #sosblakaustralia rally outside parliament house in Darwin. Photograph: Helen Davidson for the Guardian

“They are the traditional birth-lands of Aboriginal people and we have the right to live in them, ” she said.

“The closures are an act of genocide and it must stop. It has been happening in this country for over 227 years and we want to stop it from occurring. Let us be self-determining.

“Until we are respected for what we are, we won’t get the justice we want.”

While Victoria police said they did not provide protest numbers, organisers told Guardian Australia about 10, 000 people attended. The protest began at Town Hall and ended in front of Flinders St Station at about 5pm, disrupting commuters during peak hour as thousands of people staged a “sit-in” in front of the station.

A circle was cleared in the middle of the crowd where speeches were given by Aboriginal leaders, and Aboriginal dancers performed. Gum tree branches were burned and a smoke ceremony was carried out, with police barely visible among the sea of people.

After night fell, many moved on to Kings Domain to set up a makeshift camp where they will stay for two nights and hold a smoking ceremony, information sessions, and panel discussions.

“They [Aboriginal people] live off the land and it’s what they need, you know?” he said. “It’s very disgraceful what the government is doing. If we keep this protesting up, it might sink in. But we’re talking about a government that doesn’t listen.”

“I’m glad I’m here today, mob at home will get the message that we are not alone, ” he said. “We are one people under this sun.”

Transport for New South Wales said the protest caused significant delays for motorists and commuters, as George St near Broadway was shut down. Some protesters moved on to the Redfern Aboriginal tent embassy.

The protest hashtag #sosblakaustralia began trending on Twitter worldwide on Friday evening, with those unable to attend the protests taking to social media to show their support.

On Friday, the Australian reported that Barnett appeared to be back down somewhat on the closures, implying less than his previous estimate of 150 communities would be forced to close.