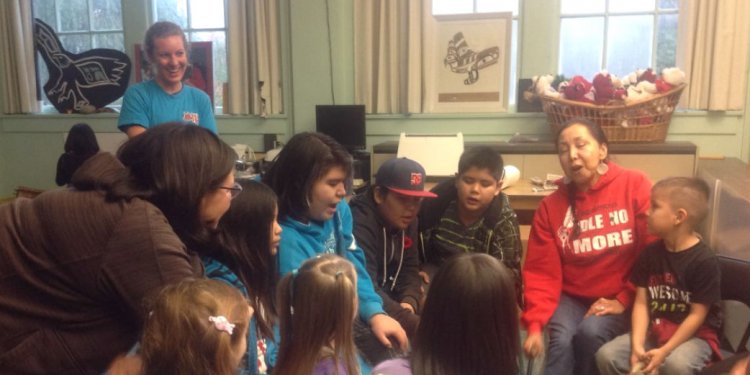 Prior to European colonisation, there were between 350 and 750 distinct Aboriginal social groups in Australia. Each social group had distinct customs, traditions and values. Nevertheless, living as hunter gatherers resulted in all the groups sharing common values in regards to their social organisation and their relationship to the environment.

In regards to social organisation, hunter gatherers had an egalitarian power structure relative to agriculture societies that have a hierarchical structure. The egalitarian structure was probably due to constant moving making it difficult for individuals to accumulate possessions unequally, and in turn bequeathing unequal benefit upon children (as is the case in agricultural societies.)

The egalitarian power structures could be seen in how decisions were made by a committee of ‘elders’ within the social group. These elders all had relatively equal power. In contrast, agricultural societies have typically been led by a singular chief, king, pharaoh, emperor, or president in a pyramid like structure where power has been dissipated progressively dowanwards.

The economic organisation of society affects social structure. Both the Ainu of Japan (left) and Aborigines of Australia (right) were hunter gatherers, which produced egalitarian values. Instead of chiefs or emperors, the cultures had a series of elders that shared in leadership of the social group.

As well as being reflected in social leadership, differences in social values were reflected in burial customs. In hunter gatherer societies, burials were egalitarian with no particular reverence given to one deceased over another. Usually, the belief was that the deceased had come from the land and would return to the land if the correct burial procedures were followed. Although the rituals changed from social group to social group, they were relatively uniform for all individuals within the social group with no special reverence given to one over the other. In contrast, agricultural societies have been characterised by unequal reverence given to the deceased. In short, the deceased (and those mourning them) have wanted to have power and influence in the afterlife that would be comparable to what they had in life. Perhaps the best example comes from ancient Egypt where the pharaoh was buried with much of the wealth that was possessed in life, and within mausoleums that were intended to symbolise the individual’s special importance in death as in life.

Yolngu burial totems. In some social groups, the deceased was burnt, and their bones were placed in hollowed out tree logs. In other Aboriginal groups, it was taboo to even mention the name of the deceased or show an image of them.

In ancient Egypt, pyramids were constructed so that the body of the pharaoh could be entombed with some of the wealth possessed in life and in a way that symbolised their special importance. Although other wealthy members of society could not afford pyramids, their tombs likewise communicated the hierarchical nature of ancient Egyptian society. Furthermore, they indicated that the deceased wanted to remain on the lips of the living for eternity.

Just as it is in social structure within the tribe, the relationship to the ecosystem in hunter gatherer groups was more egalitarian than has been in agricultural societies. People saw themselves as part of the environment and even deferred to animal and plant totems that were taboo to kill. In contrast, agricultural societies tend to disconnect themselves from the ecosystem to instead see themselves as masters over the animals and plants that they farm.

The differences in the relationship could be best seen in art. In hunter gatherer art, animals tend to be the dominant subject. Sometimes the animals were those that were hunted but at other times, they were animals that were not hunted and therefore had a spiritual quality. In contrast, in agricultural societies, humans have become more common in the art. When animals are included, they have often been anthropomorphic with human qualities being given to the animals.

The Abu Simbel Temple of ancient Egypt were constructed by Pharaoh Ramesses II as a lasting monument to himself and his queen Nefertari. Like most art of agricultural societies, the human is the dominant subject.

"They look ancient but at 10, 000 years of age they’re much younger than the lightly built Mungo people. How could that be? " Mungo Man

"The Bradshaw Paintings are incredibly sophisticated, yet they are not recent creations but originate from an unknown past period which some suggest could have been 50, 000 years ago."

" Is the keelback’s ability to coexist with toads a function of its ancestral Asian origins, or a consequence of rapid adaptation since cane toads arrived in Australia?" Migrant flora and fauna