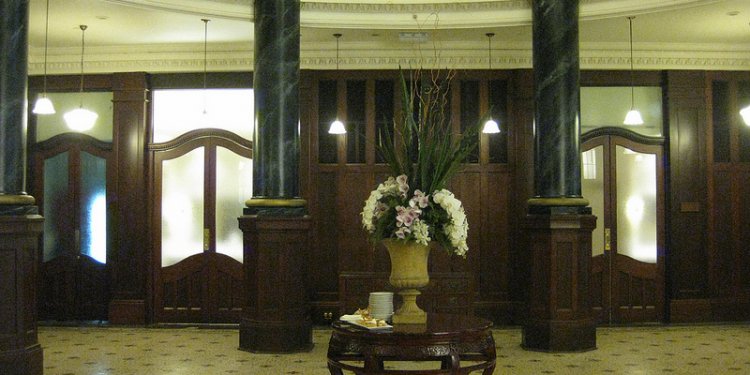 ALARMINGLY, WHEN I ASK historian Margot Riley what Australians have contributed to fashion, she immediately brings up a classic combination – the safari suit and long socks.

"I think that was pretty uniquely Australian, " Margot says dryly. Thankfully, she moves on and lists a few other Aussie fashion innovations.

"In the 19th century there were quite a lot that were designed to deal with climatic condition...the wearing of sunhats in town and light-weight silk coats in summer. And then of course now you get wonderful local designers who are responding to the local environment, people like Linda Jackson and Jenny Kee. I think that sort of bush couture aesthetic that they developed in the 1970s and '80s was a very important shift trying to create and independent unique look that tried to set Australia apart."

For those that don't know of them already, Linda Jackson and Jenny Kee are cut from the same cloth, producing patterned and quilted clothing in bright eye-assailing colours. In our settler days, however, Australian fashion was regularly hijacked as a more subtle disguise.

"In Europe there was a very strong code about what was worn, by whom and doing what, and people knew that and they were very sophisticated in reading a crowd, " Margot says. "[Early Australians] could change their look when they came to Australia…and they took advantage of distance and poor communication to reinvent themselves."

Once they'd made something of themselves early convict emancipists were not shy about flashing their wealth around either. "There's always comments made about how flashily they dressed, " says Margot. "Australians had a very vibrant workforce here; labour was in demand so the working man probably had more disposable income than in many other countries in the 19th century and the fashions reflect that."

Despite the safari suit breakthrough – or maybe because of it – in Margot's opinion, Australians have remained quick to pick up fashions from overseas. Early in colonial fashion, as reproducible photos became more common ladies would retire to their living room to flick through photos.

"And people started saying ‘oh see, look how she does her hair’ or ‘how come her skirt's like that', and 'maybe I should go to the dressmaker and get mine like that’ or 'he ties his scarf, ties his tie, combs his hair this way'. All those little styling bits of information get communicated through these images."

This habit, Margo says, remains true today in Australia, which has the highest consumption rate of magazines in the Organization for Economic Co-operation and Development (OECD).

However, fashion through the world she says, has become more diverse. "I think in some ways we've done a full circle back to the individual person. Because if you look in magazines and you look online in things like the Sartorialist it's about capturing personal taste. Street style has become the new barometer of fashionability."

Flashback: 160 years of Australian Fashion Photos is a free exhibition at the State Library of NSW on until December 2012.