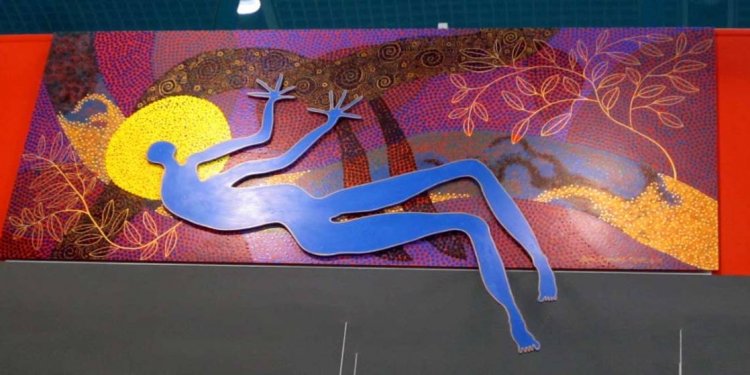 Last week, the High Court ruled against the current funding model of the federal government’s controversial school chaplaincy program. It's just the latest episode in a debate over education, religion and the state that goes back to the colonial era, writes Keri Phillips.

There are two strands to the dispute over education, religion and funding. The first concerns the government funding of private schools, almost all of which are run by or affiliated with religious organisations. The second concerns the place of religious instruction in public schools. Both have been the subject of referenda and legal challenges. The relationship between religion, education and the state has been controversial since the states began introducing compulsory public schooling in the second half of the 19th century. Until then, schools had been largely run by the churches and paid for by the government.

‘By 1880, all the colonies had ended public funding of denominational schools and set up public primary school systems without the involvement of churches’, says Macquarie University’s Professor Marion Maddox. ‘One of the controversial topics that actually stalled setting up the public systems in some colonies for some years was the question of what kind of religious education should be taught and, if any, how should it be taught.'

Nearly all non-government schools in Australia are religiously affiliated or even owned by churches, so religion in education is a really big thing in Australia, where it's not quite so big in the countries that we compare ourselves with, like the United States or like Canada.

‘In the end they concluded that there actually isn't any kind of religion that is just general, generic religion. It wasn't that they disliked religion or thought that children shouldn't be exposed to it, on the contrary, it was because they thought religion was so important, they cared so much about it, that it was just too difficult to try and respect everybody's consciences. The only way that they could do that fairly was by not having religion in public schools.’

The Protestant churches—Anglican, Baptist, Methodist and Presbyterian—essentially accepted the arrival of state-run public education, but the leaders of the Catholic Church were strongly opposed. Catholic leaders argued that it was impossible to teach common Christianity, that it must be grounded in the Catholic faith, and damned the secular schools as godless.

Robert Menzies reopened the door to state aid during the 1960s when his government provided funding for science blocks in some Catholic secondary schools. State aid, formerly seen as political poison, was about to become not only acceptable but a vote-winner.

‘Both public and Catholic schools had been really struggling through the Depression and then through the Second World War, ’ explains Dr Helen Proctor, a specialist in educational history, sociology and philosophy at the University of Sydney. ‘There was a baby boom so there was a huge influx of students and also a hugely increased demand for secondary schooling. Menzies introduced funding for science blocks very suddenly. Having been absolutely opposed to any sort of federal intervention in state schools, suddenly with a close election hanging in the balance, [he] decided that he'd kill a number of birds with one stone.’

‘One is that it's good for the Catholic vote. Another one is that there was a lot of anxiety about the arms race, about science in the post-Sputnik era, about Australia catching up with science, so he did give money to all secondary schools: public, Catholic, independent, for science labs and then funding for libraries.’

The return of state aid to non-government schools during this period was incredibly controversial, leading to public meetings, protests, a High Court challenge and the creation of a new political party: the Defence of Government Schools Party, which ran in successive federal and state elections.

During the post-war period, religious instruction, in the form of scripture lessons given by volunteers with denominational affiliations, began to be offered in public schools. In South Australia, such instruction lasted for only a few years in the 1960s before an inquiry was held. It concluded that the study of religion as an academic subject was preferable to children being divided into segregated groups.

‘All the states except Queensland held inquiries through the 1970s, finishing with New South Wales in 1980, ’ says Professor Maddox, ‘and all of them came to similar conclusions: that denominational religious instruction should be either replaced with or, in the case of New South Wales, supplemented by general religious education, meaning education about religions taught as an academic subject by the classroom teacher. Some states actually prepared curriculum materials, as they did in South Australia, and got a course ready to roll. But none of the states actually got as far as having it taught on a large scale in classrooms because either teachers were too nervous to implement it or in some states conservative Christian groups were worried that this was undermining proper teaching of Christian faith.’

In 1986, the Hawke government brought in the New Schools Policy to stop new private schools setting up in places where there wasn't a demonstrated demographic need. When this policy was overturned by the Howard government in 1996, it allowed for the creation of many more small private schools.

‘Once the New Schools Policy was removed, that made it possible to have a proliferation of private schools in a district without paying too much attention to what educational resources were already available in a local area, ’ explains Professor Maddox. ‘That opened the way for the situation that we have now, with a lot of what you might call boutique religious schools catering to different, quite specific religious groups with specific enrolment requirements about having to belong to or subscribe to a particular theological position, and also requiring teachers to sign up to lifestyle agreements and adhere to particular theological positions.’

‘When the funding arrangements are readjusted, what we've seen is that in every recalibration of school funding there is this impression that it's too politically dangerous to even talk about reducing the amount of federal money that goes to private schools, however wealthy they may be in terms of assets that they've amassed over the years, or however well-funded they might already be through fees or investments. At the same time, allocations to public schools—even very underfunded public schools—haven't increased at a comparable rate.’