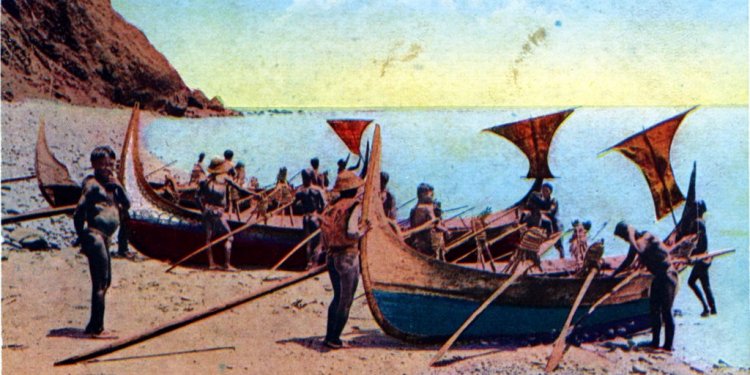 Certain qualifying considerations need to be made in any discussion of indigenous religions. The term “indigenous” is a generalized reference to the thousands of small scale societies who have distinct languages, kinship systems, mythologies, ancestral memories, and homelands. These different societies comprise more than 200 million people throughout the planet today. Since these societies are extremely diverse, any general remarks are suspect of imposing ideas and concepts on them. Indigenous religions do not constitute a “world religion” in the same way as, for example, Buddhism or Christianity. Central to indigenous traditions is an awareness of the integral and whole relationship of symbolic and material life. Ritual practices and the cosmological ideas which undergird society cannot be separated out as an institutionalized religion from the daily round of subsistence practices. The term, “lifeway, ” emphasizes this holistic context that grounds the traditional environmental knowledge evident in the cosmologies of indigenous peoples. Cosmologies, or oral narrative stories, transmit the worldview values of the people and describe the web of human activities within the powerful spirit world of the local bioregion. In this sense, to analyze religion as a separate system of beliefs and ritual practices apart from subsistence, kinship, language, governance, and landscape is to misunderstand indigenous religion.

Having accentuated difference, it is also possible to recognize family characteristics among the lifeways of indigenous peoples such as a concern for spontaneities of religious experience, remarkable intimacies with local bioregions often believed to be the source of sacred revelation, and developed ritual practices which instill the collective memories of the people and their homeland in individual bodies and minds. Survival in the face of human assault, natural disaster, or deprivation has been a conscious concern of indigenous peoples. The Haudenosaunee/Iroquois, for example, critically challenged decisions made by the Tribal Confederacy leaders in light of their impact on the future seventh generation of living beings. Self-determination by indigenous peoples, in which they have a voice in determining the fate of themselves and their homelands, has become a major question in the late twentieth century.

From the perspective of political economy, the cultural characteristics of indigenous life which most directly relate to ecology are currently the most marginalized. That is, indigenous peoples are often the target of external economic domination by multinational businesses which seek to exploit indigenous homelands often with the help of the nation-state in which indigenous peoples reside.1 These issues of diversity and economic exploitation are central to any discussion of indigenous traditions and ecology as many of the indigenous peoples, their cosmologies, and ritual practices discussed below are actually in danger of being extinguished by absorption into mainstream societies and by destruction of indigenous homelands through resource extraction.2
Orientation Themes
Themes which provide orientation for understanding the relations between indigenous religions and ecology are kinship, spatial and biographical relations with place, traditional environmental knowledge, and cosmology.

The theme of kinship draws attention to a key worldview value repeatedly found among indigenous societies emphasizing the integrity of all reality as well as the intimate relations maintained with the natural world. In recalling a youthful experience with animals, the Lakota thinker, Luther Standing Bear, articulated in his 1933 work, Land of the Spotted Eagle, a teaching found among many indigenous peoples. He wrote: “All this was in accordance with the Lakota belief that man did not occupy a special place in the eyes of Wakan Tanka, the Grandfather of us all. I was only a part of everything that was called the world.”3

In identifying Luther Standing Bear as Lakota, this statement acknowledges the importance of self-naming by indigenous peoples as well as the underlying diversity and ambiguity masked by the terms “indigenous” and “native.” Yet, the complexities of indigenous identity are not adequately transmitted even by such a tribal designation as “Lakota” since these Siouan speaking peoples of the northern Plains identify themselves at times according to their “intervillage groupings” (tiyospaye) as well as their “nation” (oyate) status which extends into the surrounding ecosystem. Thus, the Lakota, as well as their Nakota and Dakota language “cousins” and many of the thousands of indigenous societies still extant around the globe, speak, for example, of deer peoples, or of the bird nations.