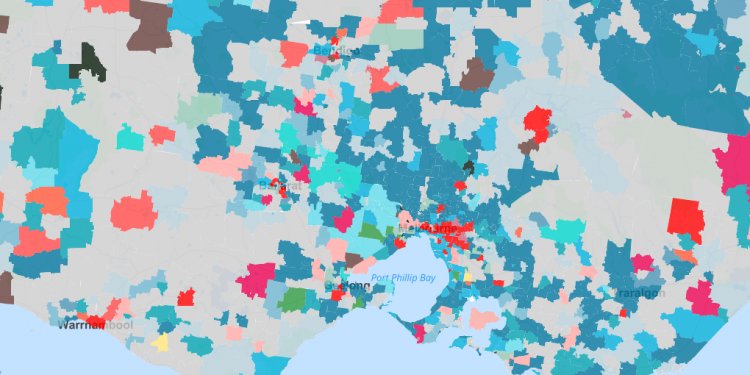 The spiritual views of Aboriginal people are complex and largely impenetrable to those not born and initiated into its world. For Aboriginal people, their land is populated with a parallel world of visible and invisible forces; the land is alive with spiritual forces and each and every Aboriginal person who lived in or passed through the landscape is culturally and emotionally sustained. Aboriginal people draw their strength from the land, and traditional Aboriginal identity also comes from it. The special attachment and connection that Aboriginal people have to the land is tied to their social and cultural wellbeing.

The scientific evidence suggests that Aboriginal people have been in Australia for more than 40, 000 years. (Many Aboriginal people claim ongoing descent from the beginning of the land’s creation.) This means that they would have been confronted with major ecological and geological changes (such as Ice Ages, desertification and changes in sea level) as well as annual seasonal variations. Many of these changes have been captured in the cultural traditions of people in different environments in Australia.

The Dreaming is at the centre of Aboriginal culture and it links Aboriginal people to the physical and metaphysical world (see the cultural background document ‘Cultural Representation of the Landscape and the Dreaming’). Many Dreaming stories recount the forming of the landscape, and the physical environment is the manifestation of events and actions of ancestors and spirit beings. These Dreaming figures emerged as a variety of identities and took on various forms, including humans and other mammals, birds, reptiles, fish and natural features of the landscape. As these ancestral beings moved across the land, they performed human-like activities – eating, sleeping, making weapons and interacting with each other. While engaging in these activities, they formed the earth, rocks, waterholes, rivers and other physical phenomena. The ancestral beings, in their multitude of animate and inanimate forms, constantly interact with the present occupants in ways that do not privilege anyone or anything over another. It is incumbent on each generation to acknowledge their spiritual counterparts alongside their own place in the all-embracing cosmos.

There are many traditional Aboriginal Dreaming stories about relationships between ancestral beings and the sun, the moon, the stars and the planets. Aboriginal people have observed the day and night skies of the southern hemisphere for more than 40, 000 years and have accumulated a deep understanding of astronomy. This knowledge of the planets, stars and constellations means that environmental changes could be predicted. For instance, seasonal changes were recognised through the changing positions of constellations. For Aboriginal people, weather patterns and climate change were gauged by the occurrence of natural events (including, for example, tidal changes, the behaviour of animals, and the availability of food sources). Seasonal changes are specific to, and vary between, particular regions in Australia. These changes affected the availability of food and water for the people, and also for the flora and fauna on which they depended.

When math started? Whose theory is constructivism? How often favourites win? What industrial engineers do? Who created school? Why challenge students? Why workshop is required for your branch? Why opportunity cost is relevant to the allocation of resources? What industrial engineering? Which activities are covered by reg b? What engineering is the easiest? What create maggots? Where sphere of influence? Who classification of all? When is challenge cup final? How often is the international classification of diseases updated? Who's and whose examples? How often is oppe required? How transfer data from android to android? Whose favorite color is orange? Where to improve kindness persona 5? Whom definition? Where is the activities overview? Why career pathing is important? Where to hyphenate opportunity? How many algorithms are there to solve a rubik's cube? Who won the first challenge? How much is algorithm worth? Which generation ipad is the newest? Create sources list? How many classification of computer network? When internet created? Classification when to use? Diagram where to put a tampon? What algorithm does google maps use? How meaning in punjabi? Whose questions list? How influence is media? How much industries in india? How questions to ask? How often is the international classification of diseases updated? Where to ask questions about covid restrictions? Which your favorite? What industrial mean? Where is developer option on my phone?
Source: ab-ed.bostes.nsw.edu.au