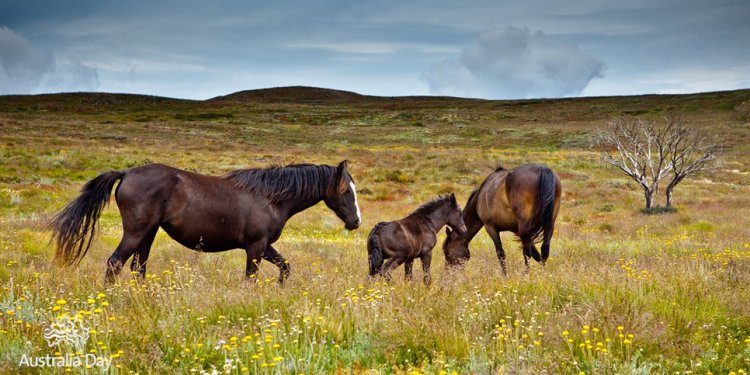 By David Dale.
What do Australians believe in? This question was tackled last month by the Prime Minister, who has shown in the past a spooky skill at picking our prejudices and playing upon them.

But his seven point summary of our values (below) was still only guesswork. The Centre for Social Research at the Australian National University has been more scientific. It asked 4, 270 adults to answer a mail questionnaire on what they believe, and released the results in a book called Australian Social Attitudes - The First Report, edited by Shaun Wilson (UNSW Press).

Always eager to seek simple solutions to complex arguments, The Tribal Mind has extracted the essence from the book's 281 pages and boiled it down to 14 statements. Apparently these are the things that more than two thirds of us believe:

1. "A father should be as heavily involved in the care of his children as the mother": 90 per cent agree

2. "The gap between those with high incomes and those with low incomes is too large": 84 per cent agree.

3. "A woman should have the right to choose whether or not she has an abortion": 83 per cent agree.

4. "Generally speaking, Australia is a better country than most other countries": 82 per cent.

5. "Media ownership is too concentrated among a few rich families": 81 per cent.

6. "When big businesses break the law, they often go unpunished": 81 per cent.

7. "Large international companies are doing more and more damage to local businesses in Australia": 75 per cent.

9. "People who receive welfare benefits should be under more obligation to find work": 73 per cent.

10. "Television violence is a cause of social violence": 71 per cent.

12. "Immigrants are generally good for Australia's economy: 69 per cent".

13. "Cutting welfare benefits would damage too many people's lives": 66 per cent.

14. "Australia should limit the import of foreign products to protect its national economy": 65 per cent.

Those propositions seem to place the majority of Australians to the left of the prime minister. The seven "core beliefs of average Australians" he outlined during the launch of a new magazine called The Conservative were:
1. We live in a very successful nation.
2. We do not have much to be ashamed of.
3. Australia is well regarded around the world.
4. Individuals should be given a fair go if down on their luck, but should not expect continued community support.
5. Institutions like the family are central but people with alternative views should not be persecuted.
6. People should be tolerant of diversity but also believe in unity when facing a common threat
7. Society should be classless, with worth determined by character and hard work, not religion, race or social background.

This column asked readers to see if they could do better than Mr Howard in summing up the core values of Australians in seven sentences. Some of the responses appear below

To visit the Tribal Mind archive, which includes the most watched TV shows of all time, and the most successful films, CDs and DVDs, go to www.smh.com.au/tribalmind.