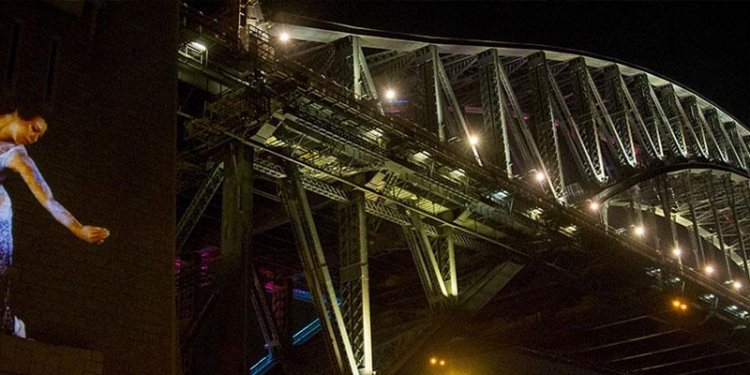 Identification. The name "Australia" was formally adopted and popularized in 1817 by the British governor of the colony of New South Wales. The title was suggested in 1814 and derives from the Latin terra australis incognita ("the unknown south land") which had been used by mapmakers for centuries before European colonization.

Since its days as a British colony Australia has developed a complex national culture with immigrants from many parts of the world as well as an indigenous Aboriginal and Torres Strait Islander population. The strong sense of societal and historical distinctiveness among the different states and territories has not developed into major subcultural diversity based on geographic regions.

For much of the nation's history, there has been a focus on assimilating different cultural groups into the dominant British Australian traditions; however, in the early 1970s a more pluralist policy of multiculturalism came to prominence. In 1988, bicentennial events were promoted officially as the "celebration of a nation." A commitment was made to the idea that Australia is a collectivity of diverse peoples living in a relatively young society. However, the divisions within the nation continue to find expression in public life, arising from social differences in race, ethnicity, social class, and gender.

Although the impact of environmental variation is highly evident in the traditional cultures of indigenous Australians, it has not been as strong a factor in immigrant cultures. The most significant lifestyle differences are affected primarily by variations in climate.

The capital city, Canberra, is located in the Australian Capital Territory (ACT). The ACT was created in 1909, and the city of Canberra was designed by an American landscape architect in 1912. The Commonwealth Parliament relocated there from Melbourne in 1927. Canberra has a population of over 300, 000 and is the largest inland city.

Demography. According to the 1986 census, the total population was just over 15.5 million. By 1992 the population had risen to 17.5 million, and

in 1996 it reached 18.3 million. In the year 2000, that number is expected to reach 19 million. In 1997, 4.3 million (23 percent) residents were born overseas. Roughly 2 percent of the population consists of Aboriginal or Torres Strait Islander people, descendants of the original inhabitants of the continent before European colonization. This sector of the population has a higher birthrate than do the others, but also has a higher mortality rate and lower life expectancy. In 1996 the population self-identifying as Aboriginal or Torres Strait Islander was 372, 000, probably about the same as in 1788; many of those people have both Aboriginal and non-Aboriginal ancestry.

Linguistic Affiliation. The dominant language since colonization has been English, with little multi-lingualism among the majority population. Nevertheless, both the diverse Aboriginal groups and many immigrants continue to use languages other than English.

Before the European invasion there were around 250 Aboriginal languages, most of which probably had distinct dialects. Perhaps ninety of these languages are still spoken, with around twenty being spoken fluently by indigenous children. The decline in the use of Aboriginal languages is due to the effects of colonization. Among some Aboriginal groups, especially in parts of the north, a number of distinctive creole dialects mix Aboriginal languages with English.

Apart from indigenous languages, some twelve major community languages are spoken at home by at least fifty thousand speakers. These are, in order of the number of speakers, Italian, Greek, Chinese, Serbo-Croatian, Arabic, German, Vietnamese, Spanish, Polish, Macedonian, Filipino languages, and Maltese. Melbourne is the most multilingual city. Migrant groups want their languages to be maintained through government policies such as the Languages Other Than English (LOTE) program in secondary schools.

Australian English probably originated as a combination of British regional dialects used by groups of convicts and others who came to the colonies. Australian English is different from British and American English but does not vary much regionally. Various social factors affect accent and style, including social class, education, gender (women tend to use the cultivated variety more than men do), and age.

Symbolism. The flag is dark blue with the British Union Jack in the upper left corner, the seven– pointed white Commonwealth star below the Union Jack, and to the right five white stars representing the Southern Cross constellation. The national animal emblem is the kangaroo, the floral emblem is the golden wattle tree, and the national colors are green and gold. The national coat of arms is a shield supported by a kangaroo and an emu amid branches of wattle. Until 1984 the national anthem was the British "God Save the Queen, " but it was changed to "Advance Australia Fair" as part of a movement toward asserting greater separation from the legacy of the colonial power.

These formal symbols have assisted in the establishment of a national consciousness. A highly symbolic national event held annually is Anzac Day which marks the landing and subsequent gallant defeat of Australian troops at Gallipoli during World War I. Throughout the country war memorials and monuments acknowledge the achievements and sacrifices made by Australians in that and other wars.

Flora and fauna native to the continent, such as the kangaroo, koala, emu, and wattle, are symbols of the national ethos, especially in international and national contexts, although this is also the case for unique buildings such as the Sydney Harbour Bridge and the Sydney Opera House. The beach is recognized as a symbol of the national culture.

Emergence of the Nation. Australian began as a British penal colony in the eighteenth century, and its national character has formed predominantly through the mechanisms of immigration and race relations. Other factors that have shaped the national culture include the early small female population relative to that of men, which is said to have laid the foundations for a widespread ideology of mateship. The involvement of Australian and New Zealand (Anzac) troops in World War I has been characterized as the symbolic birth of the nation.