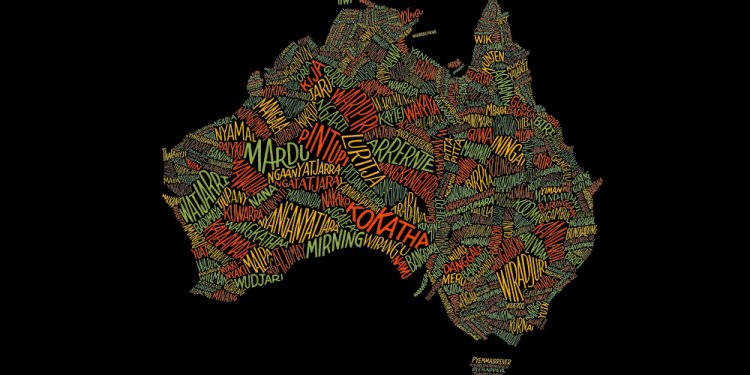 Australian Aboriginal Studies is an interdisciplinary, peer-reviewed journal promoting high-quality research in Australian Indigenous studies, with a focus on the humanities and social sciences. It is published for a wide audience in both print and digital form, and visual content is encouraged.

Individuals, organisations and students can subscribe to Australian Aboriginal Studies. Standing orders are available for organisations.

This paper is an edited version of the Human Rights Oration presented at the Sofitel Hotel in Melbourne on 10 December 2015.

Abstract: An extensive research literature focuses on stone as an instrument in, and output of, manufacturing processes, including substantial literature in ethnoarchaeology which reports and analyses manufacturing processes from the perspective of people with knowledge of these processes. By contrast, there is a dearth of literature on either stone as an input to manufacturing or on stone in other contexts. There has been no examination to determine if there are systematic subclass oppositions within stone terminologies and, if so, which parameters these oppositions reflect. Developing an overall understanding of stone terminology — ethnogeology — will advance analysis of the conceptualisation of both raw materials and manufacturing in hunter-gatherer economies. Wagiman stone terminology is presented as a detailed example.

Abstract: Young Aboriginal women account for the largest and most enthusiastic group of users in the Home Internet Project, which trialled household internet and computer technology access for the first time in three very remote Central Australian communities. Over a two-and-a-half year period researchers regularly employed a life events survey to examine the impacts that internet access might have on community members’ everyday lives. Women, especially younger ones, emerged as the main users, managing access to the computers within individual households and performing activities online for other family members. These findings counter trends that gender digital divide researchers originally observed of men and boys as ‘early adopters’ and greater users of digital technology. They are also the reverse of those from a study of Papunya’s shared computing facility that found young men predominated as users. This paper explores the implications of gender identification with particular social spaces — the household in the small communities and the shared facility at Papunya — for digital inclusion in remote Aboriginal contexts. A further dimension of this research is how the association not only of space but of human resources, roles and activities, with different social groups, may impact the equity of internet and computer access and usage within remote Aboriginal communities.

Abstract: The Synergies of Meaning Research Project, based at Kurongkurl Katitjin, Edith Cowan University, constructs a working relationship between traditional Aboriginal knowledge and Western natural and social scientific knowledge. The aim is to find ways of going forward together. One recently completed focus, Nyoongar Boodja, required the development of a collaborated timeline of the formation of Nyoongar land. Cooperative inquiry and research of narrative methods were used. Eleven eras are identified, with the focus of the first eight being land from (1) The Nyetting (The cold, dark time = Permian ice ages 350 million years ago) to (8) Wardanaak boodja (The Holocene flood, 7000 years ago). Astonishing resonances between the knowledge sets were discovered. This coincidence of Nyoongar-inherited lore with Western scientific discoveries about the evolution of Nyoongar boodja highlights the value of walking together, cross-culturally, seeking synergies of meaning.

Abstract: This study builds on understandings of how learning occurs for Aboriginal and Torres Strait Islander men in Men’s Groups and Sheds across Australia. Wenger’s (1998) model of mutual engagement, joint enterprise and shared repertoire provides the theoretical framework to underpin this study. Qualitative methods are presented and analysed; methods comprise yarning circles (focus groups) and semi-structured interviews with 15 groups and 45 men. Findings reveal that Men’s Groups and Sheds provide a safe and conducive environment for men to yarn and learn new skills about educational, employment and economic matters and enhance their social learning and ability to reconnect with Aboriginal and Torres Strait Islander traditions and culture. Men’s Groups and Sheds are a unique and culturally sensitive way to provide Indigenous men with the skills that may lead to employment. The improvement of the social determinants of Indigenous men’s lives is critical to enhancing their employability.