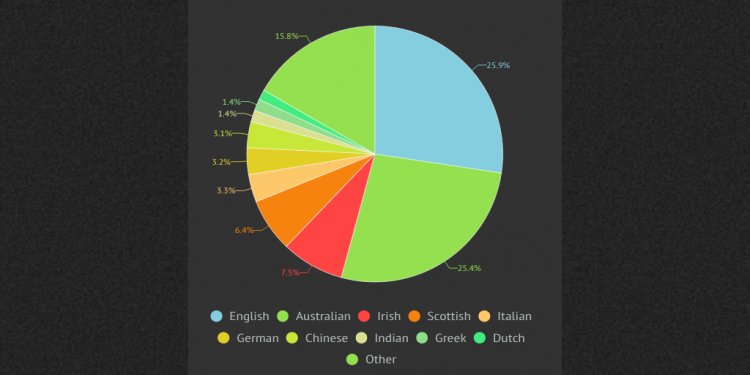 One of the sharpest divides in attitudes to Australia Day celebrations is between those who think of Australia as a nation of migrants and those who regard Australians as a unique people and culture.

For those who see Australia as a nation of migrants, evidence of growth in the numbers and diversity of the overseas-born is a cause for celebration. They can claim Australia is becoming an even more exciting multicultural mix. On the other hand, those who think of the Australian identity as a unique outcome of generations of settlers’ encounters with the land are likely to see migration as a challenge.

The latter group are typically proud of the egalitarian value set, down-to-earth lifestyle and sense of place that they believe is the outcome of this experience. For them, the challenge is to use Australia Day to articulate this heritage, in the hope of persuading migrants to embrace it as their own.

The changing face of Australia

Australia’s population has grown rapidly from migration over the past decade. This partly reflects the economic buoyancy triggered by the resources boom and the decisions of successive Australian governments to encourage employers to source their permanent and temporary worker needs from migrants. It has also been driven by the influx of overseas students, almost all coming from Asia. They have been responsible for around a third of the growth in net overseas migration during the past decade.

The result, according to the Australian Bureau of Statistics (ABS) estimates, is that the share of Australia’s population born overseas has grown from 23% in 2000 to 26.8% in 2010. Australia is the developed-world champion in this regard, with our nearest rivals being Canada with 21.3% of its population overseas-born in 2010, Sweden with 14.1% and the USA with 13.5%.

In terms of diversity, the outcome is even more striking. Again, according to the ABS, 58% of the migrants who arrived in Australia over the decade 2000 to 2010, who were still here in 2010, were born in Asia, North Africa and the Middle East. As a consequence, the share of Australia’s total population born in these regions as a percentage of Australia’s total population has grown from 6.7% in 2000 to 10.6% in 2010.

This is a remarkable transformation, considering how controversial Asian migration was in the 1980s. At that time, suggestions from critics that 5% or more of the population might be born in Asia by the early 21st century were regarded as outlandish.

A tale of two cities

A further relevant demographic outcome is that the surge in Asian, North African and Middle Eastern migration has primarily affected Sydney and Melbourne, since most choose to live in these two cities. This is largely because that is where the main communities from these countries are established.

We await the results of the 2011 Census for up-to-date estimates of settlement patterns. But according to the 2006 Census, 77% of mainland-China-born migrants still in Australia who arrived between 2001 and 2006 were living in Sydney and Melbourne; 75% of the India-born, and 91% of the Lebanon-born. There are still large numbers of UK and New Zealand migrants coming to Australia, but their destinations are largely Perth and South-East Queensland respectively.

Australia is now two nations as regards ethnic diversity. Sydney and Melbourne sharply differ from non-metropolitan Australia and from the other state capitals.

There is only a dim awareness of the magnitude of these demographic changes within the wider community. Nevertheless, such is the scale of the Asian, North African and Middle Eastern presence in Sydney and Melbourne that there can be few residents who have not noticed changes in the ethnic make-up of their community.

The celebration of Australia Day 2012 will reflect the divide in attitudes towards diversity and national identity outline above. For those who embrace the nation-of-migrants perspective, recent demographic developments are an occasion to highlight Australia’s distinctive diversity.

For those who believe a unique, shared culture and way of life has been forged here, an emphasis on diversity may generate a sense of unease and even loss. They would prefer to see their heritage venerated.