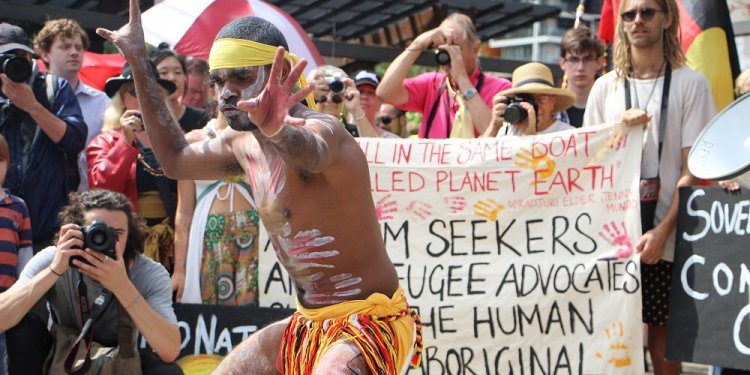 How many Aboriginal in Australia?

Aborigines and Torres Strait Islanders have fought for Australia, from the Boer War onwards.

Generally, Indigenous Australians have served in ordinary units with the same conditions of service as other members. Many experienced equal treatment for the first time in their lives in the army or other services. However, upon return to civilian life, many also found they were treated with the same prejudice and discrimination as before.

Over 1000 Indigenous Australians fought in the First World War. They came from a section of society with few rights, low wages, and poor living conditions. Most Indigenous Australians could not vote and none were counted in the census. But once in the AIF, they were treated as equals. They were paid the same as other soldiers and generally accepted without prejudice.

When war broke out in 1914, many Indigenous Australians who tried to enlist were rejected on the grounds of race; others slipped through the net. By October 1917, when recruits were harder to find and one conscription referendum had already been lost, restrictions were cautiously eased. A new Military Order stated: "Half-castes may be enlisted in the Australian Imperial Force provided that the examining Medical Officers are satisfied that one of the parents is of European origin."

This was as far as Australia – officially – would go.

Why did they fight?

Loyalty and patriotism may have encouraged Indigenous Australians to enlist. Some saw it as a chance to prove themselves the equal of Europeans or to push for better treatment after the war.

For many Australians in 1914 the offer of 6 shillings a day for a trip overseas was simply too good to miss.

Indigenous Australians in the First World War served on equal terms but after the war, in areas such as education, employment, and civil liberties, Aboriginal ex-servicemen and women found that discrimination remained or, indeed, had worsened during the war period.

Only one Indigenous Australian is known to have received land under a "soldier settlement" scheme, despite the fact that much of the best farming land in Aboriginal reserves was confiscated for soldier settlement blocks.

To serve or not to serve

In 1939 Indigenous Australians were divided over the issue of military service. Some Aboriginal organisations believed war service would help the push for full citizenship rights and proposed the formation of special Aboriginal battalions to maximise public visibility.

Others, such as William Cooper, the Secretary of the Australian Indigenous Australians’ League, argued that Indigenous Australians should not fight for White Australia. Cooper had lost his son in the First World War and was bitter that Aboriginal sacrifice had not brought any improvement in rights and conditions. He likened conditions in White-administered Aboriginal settlements to those suffered by Jews under Hitler. Cooper demanded improvements at home before taking up "‘the privilege of defending the land which was taken from him by the White race without compensation or even kindness'.