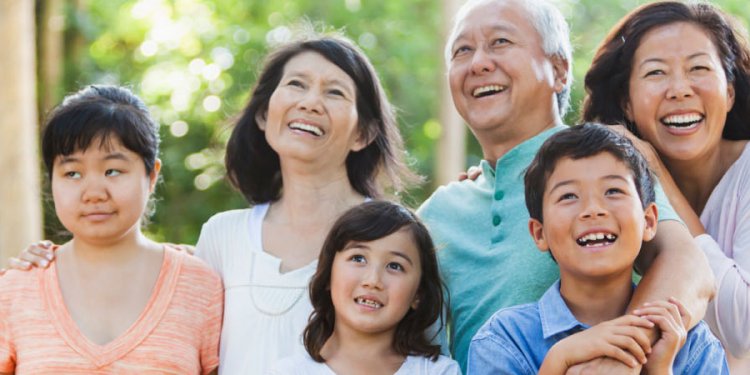 The Standard Edition of the CD-Rom, Australia’s Religious Communities: A Multimedia Exploration, has 28 religious groups on its menu. Among these, 16 are major Christian denominations, 6 other religious groups, 5 families of religions and no religion. Together, these covered the religious identity of approximate 17.4 million Australians and every group with more than 5, 000 people identifying with it according to the 1996 Census. The Professional Edition of the CD-Rom details another 90 small religious groups with less than 5, 000 people identifying. What are these groups and where have they come from?

The list we have prepared for the Professional Edition has its origins in a database of new religious movements which was developed by Dr Rowan Ireland at LaTrobe University in 1996. We are most grateful to Dr Ireland and his team which compiled the list, contacted religious groups and gathered information about them.
Dr Ireland’s list concentrated on groups which had come to Australia within the last fifty years, although it did include some much older groups. To that list, we added some ancient world religions which are represented in Australia by just a few people and some small Christian denominations, such as the Religious Society of Friends. We checked the detailed list of religious groups prepared by the Australian Bureau of Statistics from the 1996 Census. The other major source was the work of Rowland Ward and Robert Humphreys, published in Religious Bodies in Australia: A Comprehensive Guide. We have not included all the bodies mentioned in Ward and Humphreys, but only those whose continued existence we have been able to verify independently either through direct contact, the availability of census statistics or through the telephone book. We have sought to contact all the organised groups in the list, checking with them the information that we had obtained from these various sources. Most of them have responded to our requests and have provided such information.

Among the ancient world religion which are included in Professional Edition are Zoroastrianism, Shintoism and Taoism. Zoroastrianism is probably 3000 or more years old and was the major religion in Persia. Having been largely superceded by Islam in that region, Zoroastrianism was kept alive in a part of India. Recent immigration has brought some Zoroastrians to Australia.

Taoism is an ancient religion of China, while Shintoism is a development of ancient tribal and animistic religious beliefs in Japan. A religion with a thousand years of history is Druse. Drawing on some themes from Christian and Islamic sources, along with its own teachings, the Druse faith is found in some parts of Syria, Lebanon and Israel, and has come to Australia with recent immigration.

In many places around the world, people may practise several ‘layers’ of religious beliefs drawn from different sources. For example, in many parts of the world, ancient animistic beliefs in a world populated by spiritual beings associated with a range of living and other natural objects such as trees, rocks and rivers continue to be held. Belief that the spirits of one’s ancestors are still around and should be respected are also common in many places. Such beliefs are overlaid with the philosophies of Buddhism, and sometimes with Christian or Islamic beliefs.

For many people, Confucianism a moral code and instructions about the ordering of society. Confucianism is also combined with Buddhism and other beliefs. Thus, the small numbers of people in the 1996 Census who described their religion as ‘animism’, ‘ancestor worship’ or ‘Confucianism’ represents only a very small proportion of the people for whom these traditions form part of their religious heritage.

Several more modern religions from Asia have arrived in Australia largely through immigration. Caodism arose in Viet Nam around 1920. A Vietnamese man claimed to have contact to a great spirit, Cao Dai. Sukyo Mahikari is a Japanese religion based on claims of revelation of the light of the Creator God received by a Mr Yoshikazu Okada. Tenrikyo is another Japanese religion, established in the late 19th century, by Nakayama Miki who claimed revelation of the divine.
More recent is Subud, which arose out the extra-ordinary spiritual experiences of Muhammed Subuh Sumohadiwidjojo, a Javanese man. The movement has spread internationally since World War II.

Small Denominations with a Christian Heritage

Since the Reformation there have been a number of movements which have resulted in the formation of new denominations. Those central to the movement have generally been large, while, in general it might be said that the groups which have taken more extreme positions have remained smaller and more peripheral.

On the periphery of the Reformation itself, in the 17th century, was the Quakers or the Religious Society of Friends. They took more seriously than most the reformation idea that the spirit of God could inspire all people. Consequently, the saw no need for ordained clergy or prepared services of worship. Rather, in worship, the group gathered to wait for God’s spirit to guide them. The Religious Society of Friends continues to be a small but active group in Australia.

In the 18th century, many Christians sought to combine new understandings of the natural laws on which the world operated with their Christian beliefs. Some found it hard to reconcile ideas such as the Trinity within that context, and for many, the idea of the miraculous seemed incongruous with the evolving understanding of science. Some of these people developed Unitarian ideas, identified by the rejection of the idea of the Trinity. For many years, there have been a few churches in Australia which have been explicitly unitarian.