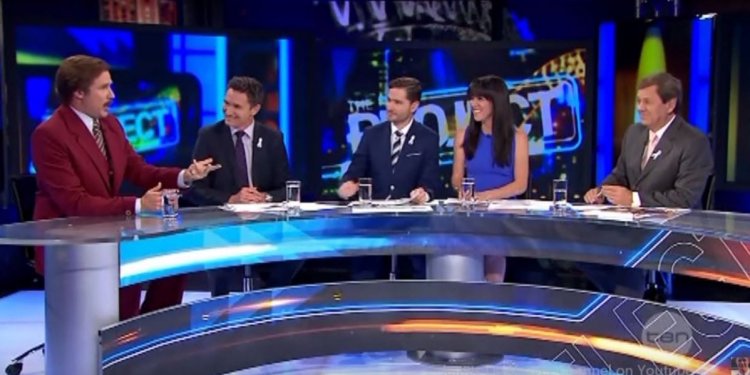 Have you ever heard of someone wearing their trackies to a barbie after they have got some fuel at a servo? These are some of the many Australian slang words you need to know.

Slang is a type of language consisting of words and phrases that are regarded as very informal, are mainly used in speech, and not generally used in writing at all. The unique aspect of slang is that it is usually restricted to a particular context or group of people, so Australian slang is slightly different to American slang.

Slang is often used with friends in more informal situations and in Australia, this means your 'mates'. Mates refers to friends and is non gender specific and can refer to a boy or a girl.

Tell all your mates we will be having a coffee at the new place on the corner at 5pm.

You may even hear someone use the greeting 'g'day'. Short from the more formal, 'good day', g'day is used as an informal greeting by many.

A car with the Australian flag.

In Australia a common greeting amongst friends is the very informal, 'how you going?' This means, 'how are you?', or 'how have you been?'

B: Not too bad, tired though as I was up all night studying.

The phrase 'how you going', when spoken fluently sounds like: ‘how ya goin?’ with you becoming 'ya' and the final /g/ sound falling off going.

How ya goin Kris, I haven’t seen you in ages.

You may also hear other minor variations of this greeting, like:

What have you been up to?

In all of these greetings, the intent is the same and that is a familiar inquiry into your wellbeing:

B. Great, how’s it going with you?

A. Terrific, couldn’t be better

Man on the surfboard.

Catch you later is an Australian slang form of saying 'goodbye'.

A: Anyway, it’s time for me to go home. Catch you later.

B: Yes, see you later

If you do happen to talk to an Australian they may ask you if you are fair dinkum. 'Fair dinkum' is used in a number of ways, to show surprise and to ensure that the story is in fact true.

A: I saw the biggest snake in my shed yesterday.

A. I went fishing yesterday and caught a 3 meter fish.

B. Are you fair dinkum?

A. I certainly am, look, I have a few pictures on my phone.

If someone is in fact telling a white lie and possibly exaggerating a story then you might say that they are 'having a lend of you'.

He said he caught a 20 kg fish, but I have a feeling that he is having a lend of me.

Many Australian slang words are shortened by placing an 'o' at the end of the word and dropping off the last few letters.

'Devastated', or to feel an overwhelming shock or grief becomes 'devo'.

I was devo when I heard that my favourite TV show would stop at the end of the year.

A service station becomes 'servo', a documentary becomes a 'doco', the afternoon becomes 'arvo' and a journalist becomes a 'journo'. Other regular examples:

Other popular shorted forms take on a /y/ sound where we cut off the last phonemes of words:

If you like something and you think that it is truly wonderful, then you can describe it as 'grouse'.

I saw two kangaroos hugging yesterday, it was grouse.

In winter time you may even see someone walking around in their 'trackie dacks', or 'trackies'. This refers to a tracksuit, or a sweatsuit as it would be described in American English.

It’s freezing outside, I am going to wear my trackies to the shops.

Other words that are shortened for convenience include the word 'Australia' which is often shortened to 'Aussie' or you may even see it written as 'Ozzie'.

'You gotta' is shortened from the phrase, 'you got to', or 'you have to' and 'get on it' means that you should be aware of it and use it.