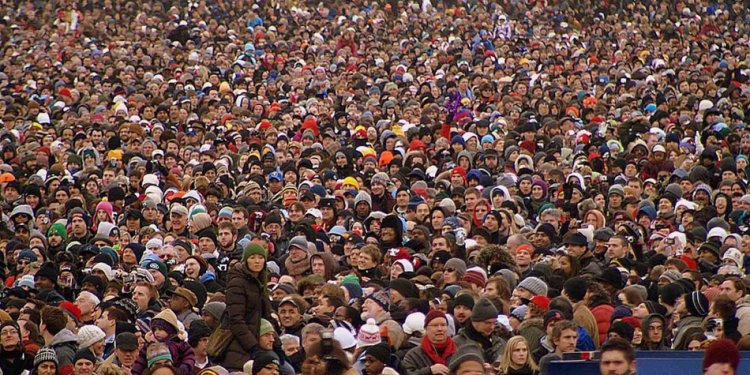 An extract from the opening keynote address of the 6th International Congress on Women, Adelaide, April 1996.

I seek to bring to your attention in my address concerns I have about the racist perception of Aboriginal women's religious beliefs in Australia, the continuing maltreatment of the exponents of Aboriginal women's business and the continuing denial of a fair hearing to Ngarrindjeri women who sought protection of places of great mythological significance [on Hindmarsh Island, in South Australia]

The relationship between this nation and Aboriginal religion has, since the resource boom of the 1960s and 1970s, been largely based on conflict and on an overriding motive to trivialise and dismiss Aboriginal religious beliefs. In the case of the Hindmarsh Island conflict - over whether or not Aboriginal religion exists and whether or not sacred sites exist - there are two separate areas of human endeavour whose borders have been opportunistically blurred by some politicians and by media reports as the affair unfolded.

Those two areas are: on the one hand, religion; on the other hand, the administration of human rights. Firstly, the beliefs of the Ngarrindjeri women, who sought the protection of their site under the Commonwealth Aboriginal Heritage Act, are religious beliefs; their evidence to Professor Cheryl Saunders of a religious nature. The actual process of seeking remedy under the Aboriginal Heritage Act is an administrative and legal process. The inquiry by Professor Cheryl Saunders was an attempt to determine if the facts of the case met the requirements of that Act. In the end her report to the Minister satisfied him to the extent that he made orders preventing the construction of the bridge to Hindmarsh Island. The order was overturned later by the Federal Court. Since then the inquiry by the South Australian Royal Commission has been followed by yet another inquiry, a Federal inquiry, by Justice Janet Mathews.

At least two pieces of Commonwealth legislation purport to protect Aboriginal people from racism or unfair treatment: the Racial Discrimination Act and the Aboriginal Heritage Act. When Anglo-Australian laws are brought to bear in cases involving religion or customary laws, inevitably there are difficulties to do with hearing, understanding and assessing the evidence.

This case is not unique. At least fifty Aboriginal land claims in the Northern Territory have been heard by judges appointed at the level of Supreme Court or Federal Court level. The documentation produced by this process which started in 1966 and which ends in 1997 is enormous and has informed scholars, lawyers and lawmakers here in Australia and internationally in matters to do with traditional land tenure systems, social change, law reform and judicial interpretation.

However, the Hindmarsh Island bridge case was not a land claim, it was an application for protection of a sacred site under the relevant act. Were such an application successful does not change the underlying land tenure but merely imposes a restriction on the use of the land, much as a covenant does. The size and circumstance of the particular site in question will determine the kinds of restrictions imposed. The Northern Territory and some other States have such legislation working similarly to protect sites.

From the first-heard revelations from improperly obtained documents by Ian McLaughlin - sounding much like a boy who looked up the dirty bits in a dictionary - to the latest contradiction of the Aboriginal women applicants about the veracity of their claims, there has been a persistent undertone that it is somehow invalid, outrageous even, that progress - as represented by the Hindmarsh Bridge construction proposal - should be held up by superstition. Newspaper cartoons have made much of this primordial conflict in Australian society, even if the representations of Rainbow Serpents weaving their way through Australian politics was sometimes amusing.

I personally do not know much about the facts of the case, and it is not proper that I should know. However, I have worked for many years on cases such as these in Central Australia, the top end of the Northern Territory and in Western Australia and what I do find is that there are some consistent and structural similarities between this case and others in recent Australian history, a fact which seems to have entirely escaped notice of the parties. All the basic elements of the plot were present during the Coronation Hill inquiry by the Resource Assessment Commission, although additional characters in that drama were the environment movement, particularly the Australian Conservation Foundation and their lamentable client, the Gouldian finch.

In that case the Jawoyn people were also depicted by proponents of "mining as a good thing" as fossil relics who stood in the way of sensible economic development. They, too, where accused of having invented certain sacred traditions. They stood their ground and gave evidence to the inquiry supported by expert opinion and documentation. Today, they are joint venturers of the mining operations having established a viable regional Aboriginal tourism plan and aim for economic independence. All the while they have been able to protect their sites. They were awarded the inaugural Community of the Year award in the new year by the National Australia Day Committee. Their economic success has depended on their ability to preserve and manage their cultural integrity. The protection of their sacred sites was a key feature of the Jawoyn saga.

Another event which unfolded similarly was the application by Arunda women in Alice Springs for the protection of women's sites under the Aboriginal Heritage Act, again in the face of a dam proposed by the Northern Territory Government. After fifteen years, several inquiries, Australian Heritage Council listing, declaration of the sites by the then Sacred Sites Protection Authority of the Northern Territory, and many meetings and public appeals by the women concerned, the then Minister for Aboriginal and Torres Strait Islander Affairs, Mr Robert Tickner, announced that he had issued an order preventing development in the area. Likewise, these women who defended their religion and their sacred places were hounded and trivialised in a remote area by the media and by remote area politicians.

The inquiry eighteen years ago by the Fox Inquiry into the proposed mine, Ranger Uranium, at the Alligator Rivers region was surrounded by public debate and represented in the media in much the same way as this affair has been. The religious and mythical ancestor - dangerous if provoked - was maligned by proponents of progress and Aboriginal people were, through protection of their lifestyle and of their religious life, pilloried as superstitious and backward. They were called "stone age" on the front pages of several major daily newspapers.