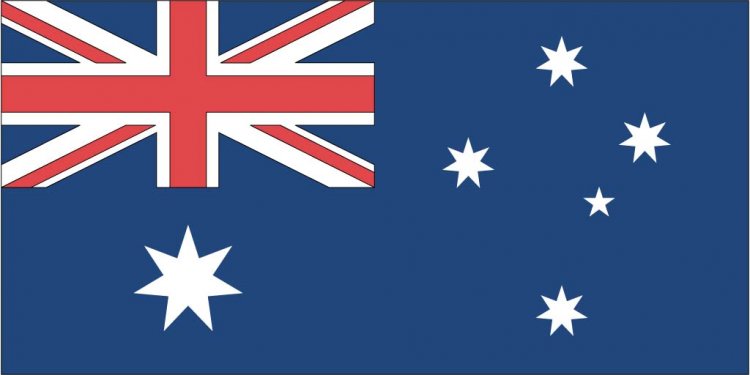 Australia became a country in 1901 as a federation of former British colonies inhabiting the continent of Australia. At Federation, six states emerged out of the six colonies, and they retained the establishment of policy and funding for education. Progressively, the states voluntarily surrendered some of their powers so that by the end of the twentieth century, the federal government played a major role in the educational system. Each state has carried on separate educational policy development, teacher training, and registration procedures.

The Australian population was 19, 222, 000 in 1999, spread across 7, 713, 364 square kilometers of land. Australia is closely knit into the world economy and is an active middle power in world politics. Its social policies are driven by an aging population and declining birth rate. Australia is trying to sustain national population growth through migration, which has meant a more diverse population towards which education has to be directed from a tax and income base that is undergoing radical changes in the face of globalization.

The first period of Australian education was dominated by the social and moral needs of a convict society which, from 1810, began to develop a free minority. As an exiled society of adults, the problems were conversion and moral restraint. Consequently, the Anglican church provided the first schoolmaster in the colonial chaplain, Reverend Richard Johnson. His educational efforts came in the form of sermons and bible readings, the literature that came with the first fleet, and a variety of moral and biblical tracts. He also oversaw the first hut schools, one in Sydney in 1789 and another in Parramatta two years later. There was no real model for financing or organizing religion outside of the United Kingdom. Therefore, glebes were established (400 acres for support of a minister and 200 for a schoolmaster) in each developing center. Later, this arrangement was formalized in the Church and School Corporation established under Thomas Hobbes Scott in 1825, as part of an attempt to extend to Australia the Anglican monopoly in England by deeding it one-tenth of all surveyed land. The problem with the model was that most land was still unsettled or, if settled, unsurveyed, leaving available finances well behind the expansion of population and demand for education.

The arrival of the Second Fleet increased the number of women in the colony, leading to an ever-expanding number of children to be raised. Female convicts, for whom there was less call for as manual laborers, also tended to be the first teachers in local schools. It was not a promising beginning for education. Scarcity of labor drove up wages and land was easily obtainable, often by grant. A masculine society had good economic and cultural reasons for despising learning, an attitude that remained common enough in the anti-intellectualism of the culture into the post-World War II period.

In 1792, the funding and fortunes of education varied with government patronage. The advent of a number of missionaries fleeing Tahiti in 1798 further strengthened educational endeavors in the colony. They also reinforced the assumption that religion was education. This attitude remained the case for much of the nineteenth century, particularly on the edges of settlement. The clergyman was often the most educated person in the locality. Wherever churches went, schools followed. Local groups out of the growing centers turned to the voluntary society as a model.

By 1814, the state was wholly or partially funding 13 elementary schools in the vast arc from Moreton Bay in the north to Hobart in the south. The spreading edge of settlement (and the dangers of a masculine, frontier society) soon created boarding and girls schools. While student numbers were small, individual instruction and private study was the preferred method. The increase in the number of children (by 1810, there were more than 3000 children, 26 percent of the population, in the colony) meant the adoption of different methods. Crook's Academy, for instance, adopted British charity school methods such as the Lancastrian monitorial system. Larger numbers of students also meant more variety and pressure to provide non-denominational forms of religious instruction. As the formal structures of denominations became more firmly established, however, there was contention over the shape of education, particularly education paid for by public funds. Free settlers who were nonconformist and democratic by spirit came into conflict with the assumptions of the imperial state, wealthy colonialists, and merchants.

The state's aim for education was to inculcate obedience to Christian church principles. For the churches, the definition of Christian implied was questionable, and the order of priority was to be reversed. For the state, religion was an instrument for social and moral order; for the churches, religion was a prime objective from which social and moral order were desirable, but not essential side-effects. The Church Acts of 1836 made Anglicanism, Catholicism, Methodism, and Presbyterianism the main forms of Christian worship.

With the crossing of the Blue Mountains in 1813, and the extension of settlement north to Moreton Bay (later Brisbane) and south to Hobart, the far-flung edges of pastoral empires and the accumulation of wealth also raised the need for residential grammar schools to which children could be sent away from their isolated station. These first began as private schools in the classics, largely run by clergymen for additional income, preparing genteel ladies and men who would be capable either of running the family business or returning to Britain to take a profession. The Australian College was founded in 1831, and King's School was founded in 1832. The former folded, but King's lasted, and the Scots school was founded in 1838, beginning a long-running tradition of Presbyterian grammar schools perhaps best typified by Scotch College. St Mary's Seminary, a mixed Catholic seminary and secondary school, was founded by Bishop Polding in 1837. In Tasmania, Queen's School (Anglican, 1842), Launceston CGS (Anglican, 1846), and the Hutchins School (Anglican, 1846) led the way in a system which, under the energetic Bishop Francis Nixon and by the direct intervention of W. E. Gladstone, came to be dominated by Anglican schooling. In Queensland, grammar schools were publicly supported under the Grammar School Act of 1860 in order to fill the rural educational vacuum.

In the 1830s, the central administration was just beginning to struggle with these issues. Its first step sought to break the stranglehold the Churches had on education. As the price of government support for the largely stretched denominational schools each committed to a British geographical parish model, the government proposed the funding of a parallel public system modeled on the Irish National system. Delayed by fierce church-based opposition in the 1830s, and the deep colonial depression of the 1840s, a Board of National Education was set up in 1848 to parallel the Denominational Schools' Board, which administered state aid to the big four denominations. In Tasmania, under Eardley-Wilmot and then William Denison, the dominance of Anglicans in a more homogenous population matched with government cost-cutting meant that denominational schools continued to overshadow the public schools. By 1849, there were only 10 public schools (compared to 25 in New South Wales), but 72 Anglican schools and 4 Catholic day schools.