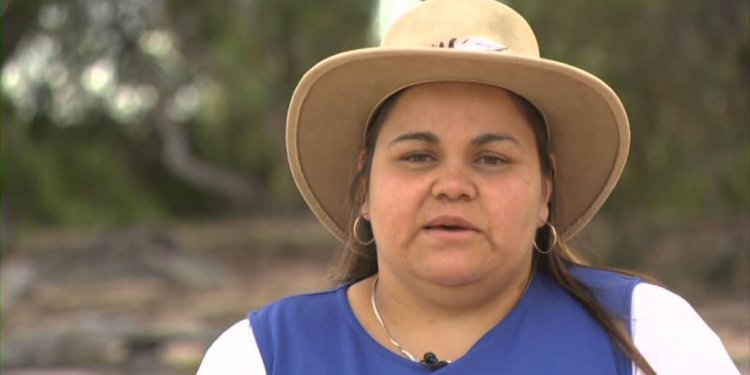 “My goal for the Aboriginal community is that someday we can be seen simply as humans, with the same feelings and fears. That’s what we’re working towards here.” — Dr. Ernie Grant, Jirrbal Rainforest People elder and Aboriginal scholar.

Elita, one of the Jirrbal youth involved in Café Chloe.

The Aboriginal map of Australia laid out before us on the table at Café Chloe was not only visually appealing with all its blocks of different colours, but it was also instructive. I’d always considered Aboriginal people as one, rather than drawn from hundreds of different cultures, each with its own unique language and stories.

This was new information for me, as I suspect it was for most of the other travellers listening. They leaned in as Dr. Ernie Grant, Jirrbal Rainforest People elder and Aboriginal scholar, offered something more shocking. Until 1967 Aboriginal people in Australia were categorized legally as flora and fauna — plants and animals. That is, not human. Fathom that. Until 50 years ago, Aboriginal people, considered to be the oldest continuous-living culture in the world (40–50, 000 years old), did not possess any human rights in the eyes of the modern state in which they lived.

Café Chloe, housed in a once-rundown train station in the town of Tully, Queensland, is named after Dr. Grant’s mother. It serves as an Aboriginal community job training and traveller interaction centre. Having been initiated and developed by the local Jirrbal community, the project is informed by an inherent understanding of the local culture and socioeconomic context. Through the café and its offering of culturally relevant visitor experiences, it aims to provide job training and employment opportunities for local Aboriginal youth.

Part of the Café Chloe team in front of the newly renovated train station café and centre.

Our experience on our recent National Geographic Journeys with G Adventures trip began with Dr. Grant giving a historical overview of the period just after European settlers arrived in Australia. He explained the role the forced deportations, killings and discrimination of Aboriginal people played in disrupting their long-standing way of living.

Through interactions with Dr. Grant and the Café Chloe staff, travellers can begin to understand the Jirrbal mindset and worldview, one that emphasizes harmonious relationships between nature and people. It’s one thing to read about such concepts as Aboriginal song lines, creation stories and dreamtime, but it’s another to sit down around a table together and have the opportunity for open dialogue about cultural facets.

Dr. Grant answers a question from our group. The Aboriginal map of Australia is held up for reference.

This stood apart from anything I’d come to expect from an Aboriginal experience. It also contrasted greatly with my first trip to Australia 18 years ago. One of the day trips I took featured an “Aboriginal Cultural Experience” — an Aboriginal village visit complete with a tribesman in a traditional outfit, face paint and a didgeridoo (musical instrument). In fairness, the experience carried some redeeming elements, but thinking back, I blush at how superficial and disrespectful the whole thing was, and how dismissive it was of both history and current reality. It underscored that when travellers interact with Aboriginal communities in Australia, it can often be in a contrived, human zoo sort of way.

This is one of the tourism models that Café Chloe is attempting to change through its process of learning and creating together.

After a lunch of fire-roasted fish wrapped in wild ginger leaves came the opportunity for travellers to create, to paint their interpretation of Jirrbal symbols using a creation story as inspiration. The point: a story isn’t just a story, but a launch pad to understand how a culture thinks. For the Jirrbal people and Aboriginal communities in general, storytelling is central to an oral tradition carried on for tens of thousands of years. This practice enables members of the community to understand who they are while simultaneously absorbing life lessons and guidance on such topics as which plants and animals are poisonous, what food is nutritious, and how to live sustainably from the land.

Sonya and other members of the community share a traditional Jirrbal story to inspire and inform the painting to follow.

Sonya, Dr. Grant’s daughter and the project leader, explains that training students to share Jirrbal stories and to lead classes is not just about providing job training and experience. Sharing with travellers from all around the world also enables Aboriginal youth to better appreciate who they are and what makes their culture so valuable.

Job creation for the Jirrbal community is also important. One of the project’s short-term goals is to employ 12 people at the café who otherwise wouldn’t have such opportunities. The upshot: the more Jirrbal people are working and sharing their culture with others to sustain their families, the stronger the community may grow overall.

Listening to the Jirrbal creation story helped to inspire the group’s painting.

A broader Australian context: how it all connects, today

Listening to the Anangu Stories of Uluru

From Queensland, the province where Café Chloe is based, we flew to Uluru. The vastness of red-tinged Outback landscape dotted by tiny villages displayed itself beneath us. In a distance I had the convenience of covering in just a couple of hours, whole cultures had very slowly moved, migrated and evolved over millennia. Onto this vast landscape filmstrip, I overlaid the map of the diversity of Aboriginal peoples that Dr. Grant had shown us just days before.