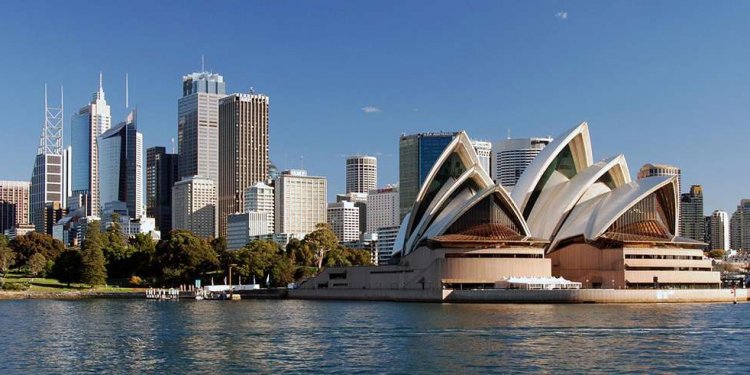 For many Australians the phrase 'the lucky country' has a particular resonance. Donald Horne's famous words have been used in numerous ways to describe everything that is great about our nation.

The phrase has been used to describe our weather, our lifestyle and our history. It is often invoked to describe the nation's good fortune, from gold booms to economic booms. Recently, our geographic isolation from the world's trouble spots has again seen us labelled the lucky country. It has been paraphrased by politicians - 'the clever country' - and when Kylie Minogue sings we're 'lucky, lucky, lucky', we all know what she means.

How ironic then that Horne's irony was totally overlooked!

Donald Horne remembered the night he penned those words. Within a few weeks the phrase had become the title of the book.

In a hot summer's night in December 1964 I was about to write the last chapter of a book on Australia. The opening sentence of this last chapter was: 'Australia is a lucky country, run by second-rate people who share its luck.'

That sentence was a rather brutal indictment of his country at the time. It is a direct, uncompromising and seemingly unambiguous commentary on Australia in the 1960s. Horne was critiquing an Australia that did not think for itself; a country manacled to its past; and 'still in colonial blinkers': 'If we are to remain a prosperous, liberal, humane society, we must be prepared to understand the distinctiveness of our own society'.

He was thinking about things like Australia's cultural cringe, its foreign policy and the White Australia Policy. He was, to paraphrase those words, talking about a 'not too clever country'.

I had in mind in particular the lack of innovation in Australian manufacturing and some other forms of Australian business, banking for example. In these, as a colonial carry over, Australia showed less enterprise than almost any other prosperous industrial society.

Australia, Horne argued, developed as a nation at a time when we could reap the benefits of technological, economic, social and political innovations that were developed in other countries. Those countries were clever: Australia was simply lucky.

When The Lucky Country was released in 1964, most of the reading public was aware that the phrase was being used ironically. Horne lamented the fact that it had since been taken up by others and given different meanings: '... I have had to sit through the most appalling rubbish as successive generations misapplied this phrase'.

The adoption of the phrase 'the clever country' in the political sphere is for many a catchy wordplay on Horne's 'lucky country', as well as an upbeat statement about what we need to do to compete on the world stage. Yet Horne's thesis in The Lucky Country is precisely this. He argued that, as a nation, we were lucky to develop at a time when we weren't being particularly clever.

Horne talked about the need to be more innovative and proactive, and about making decisions in our national interest. These are the issues debated by our politicians and intellectuals today under the banner of the 'the clever country'.

Professor Ian Lowe, an eminent social commentator, says in his paper The Clever Country? that Australia has two options. Either 'we could continue our current economic strategies; this could be called the 'steady as she sinks' approach', or, he says, 'we could try seriously to become 'the clever country' by investing in our own future.'

Horne saw the links between the debate of today and his own words of nearly 40 years ago:

A phrase for all seasons

A search on the Internet under 'lucky country' underlines just how many times, and in how many contexts, Horne's famous words have been used and adapted.

His words were meant as a wake-up call but were widely interpreted as an affirmation of the Australian way of life. They were meant to spark change but instead produced a relaxed approach and a 'she'll be right' mentality.

His words have proved prophetic and as Horne himself said, 'After all, the alternative to being a clever country is to be a stupid country'.

As an author, Donald Horne wrote over twenty books (including The Lucky Country), and contributed to many journals and newspapers in Australia, Britain, Europe and the United States. He became a professor at the University of New South Wales and went on to become the Chancellor of the University of Canberra. He was twice editor of The Bulletin and edited The Observer and Quadrant. He was also contributing editor to Newsweek International.