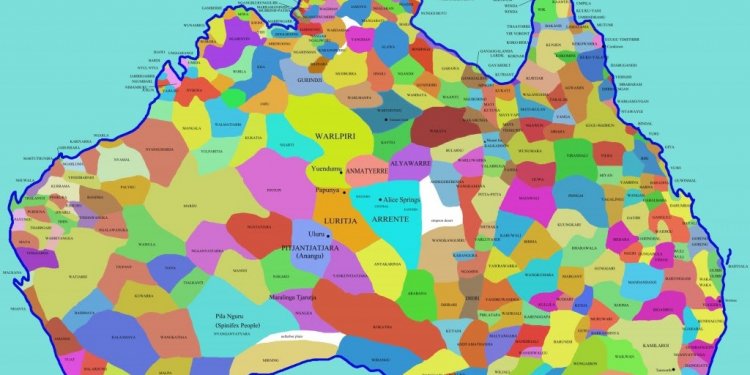 Recorded information on most Australian indigenous tribal groups is very limited. The following list is only to be regarded as introductory. For more specific information consult the sources listed below.

Awabagal
The territory of the Awabagal covered the area between the Hunter River and Tuggerah Lakes, NSW, including Lake Macquarie. They were neighbours with the Kuring-gai and Darkinung peoples to the south, the Worimi people to the north, and the Wonnarua people to the west (on the middle reaches of the Hunter River).

Darkinung
The boundaries for the Darkinung appear to have stretched from Wilberforce and Wiseman's Ferry on the Hawkesbury River to Jerry's Plains and Singleton on the Hunter. Closer to the coast was the territory of the Awabagal which extended up the Central Coast almost to Newcastle.

Darug (also spelt Dharug, Daruk, Dharuk, Dharuck and Dharruk).
People of the southeast region, living in the region from the Hawkesbury River in the north to Appin, the Cowpastures and George's River in the south, and west into the Blue Mountains as far as the territory of the Wiradjuri near Bathurst. The Hawkesbury River appears to have marked the boundary between the Darug and their neighbours to the northwest, the Darkinung.

Dharawhal
The boundaries of the Dharawhal language area were along the coast between Botany Bay and Jervis Bay.

Eora
People of the region in the area of present-day Sydney, along the harbour foreshores and the area between Port Jackson and Botany Bay. The language that they spoke was a Swahili language - dialect of Darug. Neighbours to the Darug, Kuring-gai, and Tharawal peoples.

Gundungurra (also spelt Gundungurry, Gandangara)
The Gundungurra tribe extended from the Blue Mountains at Hartley and Lithgow through the Burragorang and Megalong Valleys, east at least as far as the Nepean River (and therefore west of the Illawarra); while in the south, their territory extended at least as far as Goulburn, and possibly to Tumut. They were also referred to as the Mountain People, Nattai, Burragorang or Wollondilly Tribes.

Kuring-gai
Indigenous tribal group living between Port Jackson and Tuggerah Lakes, in particular the area on both sides of Broken Bay. Neighbours to the Awabakal, Darkinung, Darug and Eora peoples. Port Jackson and the Lane Cove River formed the boundary between the Kuring-gai and the Darug.

Tharawal
The Tharawal lived in the area around Botany Bay and southwards, in particular between La Perouse and Wreck Bay (near Jervis Bay). Neighbours with the Eora, Darug, Gundungurra and Yuin.

Wiradjur
Wiradjuri country extended from the western foothills of the Blue Mountains and Lithgow through Bathurst, Orange, and Dubbo to Nyngan in the far west; in the south it stretched to Albury. Broadly speaking, the Wiradjuri occupied almost the entire length of the Lachlan and Murrumbidgee Rivers, as well as 100 km along the Upper Murray.

Wonnarua
Inland people living on the upper reaches of the Hunter River. They had close trade and ceremonial links with their neighbours the Darkinung, to the south, as well as close contact with the Wiradjuri to the west of the mountains. After the spread of white settlement along the Hunter, Singleton became the area most closely identified with the Wonnarua people.

Tribal group living in the coastal region between the Hunter River and Port Stephens.

Palawa
One of the terms Tasmanian Aboriginal people used when referring to themselves was 'Palawa'. This was the name of the 'first man', who was created from the kangaroo by a creation spirit.

At the time of the establishment of the British settlement at Port Dalrymple by Colonel William Paterson in late 1804, the owners of the 'country' on which Launceston now stands were the Letteremairrener people.

Letteremairrener
Tribal group whose 'country' extended along both sides of the Tamar River from the coast near Badger Head, east to the mouth of the Piper River. Their western boundary went south from Badger Head through Deloraine to Quamby Bluff. From here the southern boundary went east along the Meander and South Esk Rivers toward the headwaters of the Piper River, and north again along its course towards the coast, thereby encompassing the region of modern-day Launceston. The Letteremairrener were part of a grouping of peoples referred to by archaeologists as the North Midlands peoples who consisted of three and perhaps five bands.

Kohen, James. The Darug and Their Neighbours. Blacktown: Darug Link, 1993.