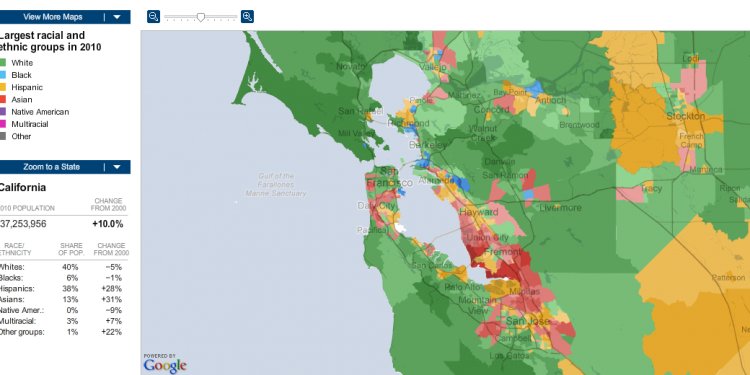 AUSTRALIA BY NUMBERS: The Australian Bureau of Statistics has released the first batch of its 2011 census data. We’ve asked some of the country’s top demographers and statisticians to crunch the numbers on Australia’s population: how we live, where we work, who our families are and how we spend our time.

Today, demographer Siew-Ean Khoo gives the lowdown on what the 2011 census told us.

According to the Australian Bureau of Statistics (ABS), Australia’s resident population (excluding overseas visitors) was 21, 507, 700, so we are 8.3% bigger than we were in 2006.

The 2011 census provides important information on the characteristics of Australia’s population, such as residential location, ancestry, birthplace, Indigenous status and religious affiliation, and shows how the population has changed over the past five years.

States of the nation

Census data show that while New South Wales is still Australia’s largest state, with a population of 6.9 million people, its population had increased by an average of just 1.1% per year since the 2006 census.

Western Australia’s population has grown the fastest, driven by the resource boom and labour force needs of the mining industry. WA’s population grew at an average rate of 2.7% per year in the five-year period to reach more than 2.2 million in 2011.

The 2011 census also showed that 24.6% of the population was born overseas, with the four largest overseas birthplace groups being the United Kingdom, New Zealand, China and India.

Consistent with China and India being the third and fourth largest birthplace groups, Mandarin has become the next most common language spoken in Australia after English. Mandarin is spoken at home by 1.6% of the population, or about 350, 000 people.

Nearly one in four people (22% of the population) said they had no religion in this census. This is an increase from 19% in the 2006 census and a continuation of a trend that has existed since the 1970s.

Who are the Indigenous peoples of Australia?