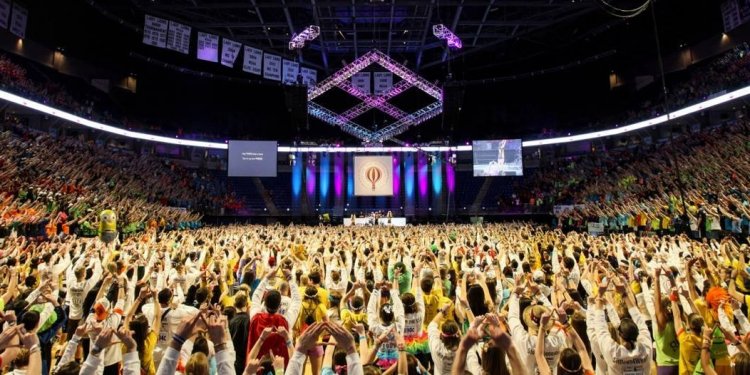 Australia doesn't have many traditions. Attempts to get Halloween off the ground have stalled due to one too many homeowners telling little kids to get off their property or they will see a scary sight. Australia's equivalent of America's Independence Day is Australia Day on January 26, the landing of the First Fleet of Convicts in Botany Bay. Unlike the French who proudly celebrate Bastille Day, most Australians are a bit insecure about their Convict heritage thus they aren't too keen on celebrating their patriotism with a tribute to criminals. It is generally seen as a good day for a barbie.

Alternative dates suggested for Australia Day include January 1, the sitting of the first federal parliament. Such suggestions have hit a wall as it is generally accepted that the only thing worse than having a Convict in ones ancestry, is having a politician.

St Patricks Day is a popular tradition. Even though it may be in tribute to a patron saint of a foreign country, it involves a lot of drinking hence its appeal. A Ned Kelly Day would be a possibility. The only problem is that countless concerned citizens already work themselves into a tizzy that painters, novelists, musicians and poets celebrate our Ned. If politicians gave official approval as well, the concerned citizens would probably pack their bags and head to New Zealand in a huff - much to Australia's loss.

Although not Australian, religious festivals such as Christmas are well supported. Of course Santa Claus looks a bit inappropriately dressed in his North Pole attire in the heat of the Australian summer. Its also quite strange listening to people sing about a white Christmas when the temperature is 40 degrees. The Christmas turkey is also proving to be a little unsuitable for the hot weather, hence seafood is gradually replacing it as Australia's traditional Christmas food.

With so much time being spent outdoors, Christmas is strongly associated with sport. A game of backyard cricket may put a gift to quick use, and also smooth tensions between distant family members who, despite thinking they should be together on Christmas, really don't like each other.

For those who find playing sport a bit strenuous, Christmas is followed by Boxing Day where they have a great opportunity to watch it. Boxing day marks the beginning of the Sydney to Hobart Yacht race, and tens of thousands of Sydney siders will flock to see the Yachts commence their 628 nautical mile journey to the Apple Isle. For the next week, Australians all along the south east seaboard will gaze across the ocean to see them go by.

Considering that that Australia's top three heroes are a cricketer, a bushranger and a race horse, perhaps it is fitting the only time the nation stops as one is to have a wager on a dubious sporting pastime.

The discovery of gold in 1853 led to a huge influx of gamblers to Australia's shores. If the diggers struck it lucky on the goldfields, they would head for the track to see if the luck would continue. Invariably it didn't and racing clubs sought bigger and bigger meetings to relieve the prospectors of their gold.

The Victoria Turf Club staged the first Melbourne Cup in 1861 and by 1866, the Government had proclaimed the day a public holiday. To make life difficult for punters, the race is run over the unusually long distance of 3200m, it may have up to 30 starters and the favoured horses are handicapped with extra weight.

Although knowledge of the form is still a prerequisite to talk like a guru at pre-race functions, the many variables makes picking a winner a case of pinning the tail of the donkey. The most successful method seems to be whether it has a good name or not. With the exception of Kiwi which evokes sheep imagery, all winners have had impressive names like Phar Lap, Black Knight or Vintage Crop.

The fact that the cup is such a lottery has helped it gain popularity amongst those with no interest in racing. There is a certain charm associated with seeing a guru who has studied the form all year, grimly stewing as some novice gloats about how she picked the winner only because she thought its name would still be pronounceable after downing her second bottle of Champagne.

But the Melbourne Cup is more than just a horse race, it is also one of the few times where Australians celebrate looking stylish and acting like a pompous wanker.
In a land of the ugg boot and cork hat, world fashion designers rarely seek their inspiration with a trip down under. But on that first Tuesday in November, the dark clouds part and the elegant ladies come out to shine. It is a day when the famous proverb, " the bigger the hat, the smaller the property" is transformed into "the bigger the hat, the smaller the skirt."