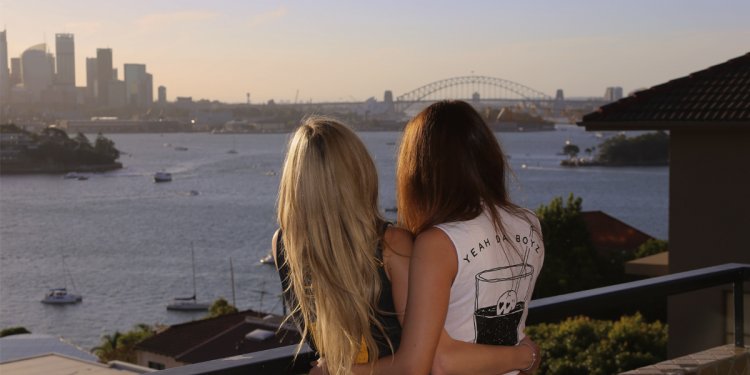 Australia Day is on January 26 and commemorates the establishment of the first European settlement at Port Jackson, now part of Sydney, in 1788.

Many people have a day off work and use the day among other things to barbecue, go to outdoor concerts, and to play or watch sports events.

Different places in Australia celebrate the day differently. For example, Sydney has boat races including a ferry race and the tall ships race, while Adelaide celebrates with a parade, concert, fireworks, and a cricket match.

Australian citizenship ceremonies are often held on Australia Day. These are ceremonies to welcome immigrants who have been granted citizenship to the country. Although official, these ceremonies often have a festive atmosphere.

Australia Day is a public holiday in all states and territories. All schools and post offices are closed. Some public transport services do not operate, and others run a reduced service. Stores are often open, but may have reduced opening hours. There may be some congestion on roads, particularly close to major events.

January 26 marks the landing of Captain Arthur Phillip at Port Jackson in 1788. The landing is known as the First Fleet and had 11 ships with convicts. The arrival of the First Fleet represents the founding of the colony New South Wales.

In 1818, on the 30th anniversary of the founding of the colony, the Governor of New South Wales gave all government employees a holiday. He also celebrated the day with a 30-gun salute and a ball. In the following years, employees of banks and other organizations were also given holidays.

Because it marks the day of colonization, Aboriginal Australians often feel that the celebrations on Australia Day exclude them. The day has been renamed Invasion Day, and protests do appear side-by-side the celebrations.

In recent years, efforts have been made to make the holiday include all Australians, and in 2013, the Australian flag and Aboriginal flag were raised on the Sydney Harbour Bridge for the first time on Australia Day.

The symbols of Australia are commonly used on Australia Day: The Australian national flag, with its representations of the Union Jack, the Commonwealth Star, and the five stars of the Southern Cross. The national anthem, Advance Australia Fair, is played, but also Australia’s unofficial anthem, Waltzing Matilda, is a common song to be heard.