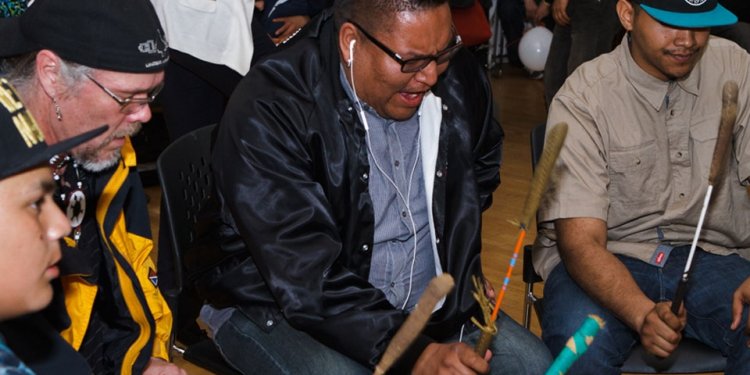 Aboriginal ceremonies have been part of the Aboriginal culture since it began.
When talking about history and culture of a certain civilization, rituals and ceremonies of whatever form are one of the topics that catch the interest of many readers. Ceremonies still play a vital part in the Aboriginal culture. They are still practiced in some parts of Australia in the belief that it could grant them supply of plants and animal foods.

These ceremonies were done in the form of dancing or ritual actions, singing, and chanting. Although the purpose of which is to invoke the Ancestral Beings for a wealthy supply of rain and food within the area, they were also done to simply exercise their beliefs.

• Bora, also called “Burbung” of the Darkinjung language, is the initiation ceremony for young boys being welcomed to adulthood. This may last for weeks, and may involve learning of sacred songs, dances, stories, and traditional lore. Circumcision, scarification, and removal of a tooth or a part of a finger are often involved. Clans are expected to gather together and participate in these Aboriginal ceremonies.

• Burial practices differ throughout Australia. Across the Northern part, burial has two stages. Primary burial is when the dead body is laid upon an elevated wooden platform, covered with leaves and branches, and is left there for several months to rot and let the muscle separate from the bones. Bones are then collected, painted with red ochre, and dispersed in different ways. The latter is done during the secondary burial stage. There were also cases when bones are placed into a large hollow log and left at a certain area of a bushland.

• Smoking ceremony is when various native plants are collected and used to produce smoke. This has been believed to have cleansing properties and the ability to ward off unwanted and bad spirits, which was believed to bring bad omens.

• A ceremonial meeting of Australian Aboriginals is referred to as Corroboree, where aborigines interact with the Dreamtime through music, costume, and dance. This is sacred to them that people from outside the community are not permitted to participate nor witness the event. Bodies are painted and participants wear various adornments that are not used everyday. In some places, especially in the Northwest of Australia, Corroboree is practiced in both public and private venues. But either way, it would only be open for invited guests.

The Aborigines are also rich in the religious aspect. Like many other religions in the world, the Aboriginals believe in a god or gods who they deem as the creator of everything. Their god images are often depicted in identifiable forms such as that of a landscape feature, an animal or plant, or an image in a rock shelter.

Aboriginal people believe in a number of different deities. That is, each tribe has its own deities. These deities have no single description, and any of them can either be creation beings, ancestral beings, and totemic beings, or all. However, the aborigines do not believe in animism or the belief that all natural objects possess a soul. Instead, they believe that the deities are the reincarnation of the spirit or soul.