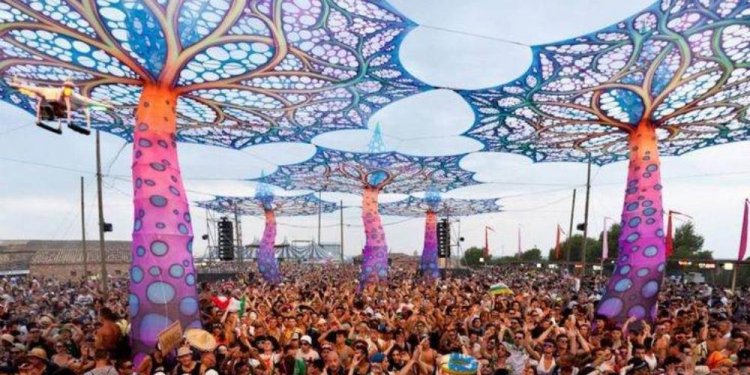 Fest300 Magazine has just released a list of The World’s 300 Best Festivals, with a number of our Australian faves making the grade. The epic list, which includes everything from major music festivals like Glastonbury to cultural events like the Fiesta de San Fermín, has truly cast a wide net ranking festive gatherings in seven different regions.

In Australia’s case, we were lucky enough to have nine festivals listed in the top 300. The usual big music festival names like Byron Bay Bluesfest and Splendour In The Grass were there. As of course were the cultural institutions like the Sydney Gay & Lesbian Mardi Gras and barbarous excuses for mass intoxication like the Melbourne Cup Carnival.

However there were plenty of more niche entries including the and Alice Springs’ . Bush doofs and raves were also strong in attendance with Rainbow Serpent (recently threatened to be shut down by police) and Strawberry Fields both making the list. Even Stereosonic, with its deaths this year and uncertain future made the list.

Put together from votes by festival fans and attendees from around the world, the diverse list of events reflects the global trend away from large festival brands to more boutique events offering unique experiences.

Looking over the entire list it’s clear that the EDM mania the ruled the festival circuit a few years ago has been overtaken by a focus on curated lineups and events that offer immersive experiences beyond just music and art programming.

Check out the list of Australian entires below and see the full list of festivals . First though, marvel at this amazing footage from the Camel Cup in Alice Springs.