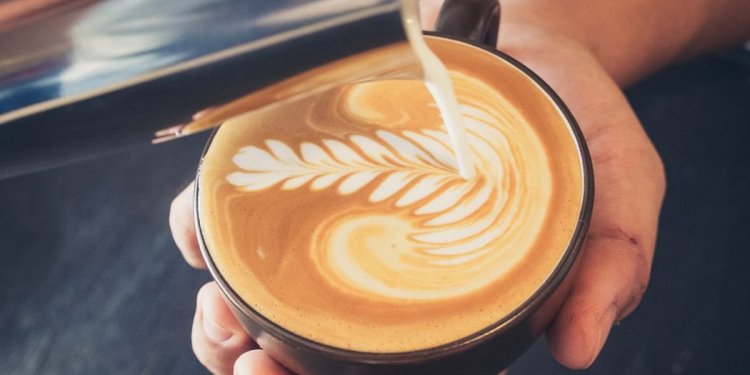 A style of espresso coffee created in Australia, the 'flat white', has even started turning up in the cafes of New York and London.

Interestingly, Starbucks, which dominates markets around the world, could not take hold in Australia. After opening its first Australian cafe in 2000, the chain had set up in 84 locations by 2008, far fewer outlets than in similar sized markets. However, in 2008 the company closed 61 of those cafes, and cut 700 jobs. The coffee in the little cafes around Australia is too good, and Starbucks could not compete! Starbucks' coffee was quite different to what Australians were used to, and they charged more for it. There are some coffee chains surviving in Australia, but their offerings are more in line with traditional styles of coffee. A University of NSW article, 'Whatever happened to Starbucks?' discusses the company's difficulties in Australia.

Espresso/short black: a straight shot of coffee with nothing added.

Latte: similar to a flat white but with more frothed milk.

Cappuccino: a shot of espresso with a small amount of hot milk, topped with foamed milk. Usually topped with cocoa powder.

Ristretto: a shot of espresso with less water.

Piccolo: a ristretto with frothed milk, served in a small glass. A smaller version of the latte.

Macchiato: a shot of espresso with a small amount of foamed milk.

Mocha: a latte with cocoa powder added, giving it a chocolate flavor.

The person who makes the coffee in a café is known as a barista. If you love coffee you will eventually find a favourite barista, who knows how to make your coffee just as you like it.

If you prefer coffee with skim milk you can ask for 'skinny' as in 'skinny flat white' or 'skinny latte'. The same goes for soy milk. You can also have flavoured syrups added to your coffee.