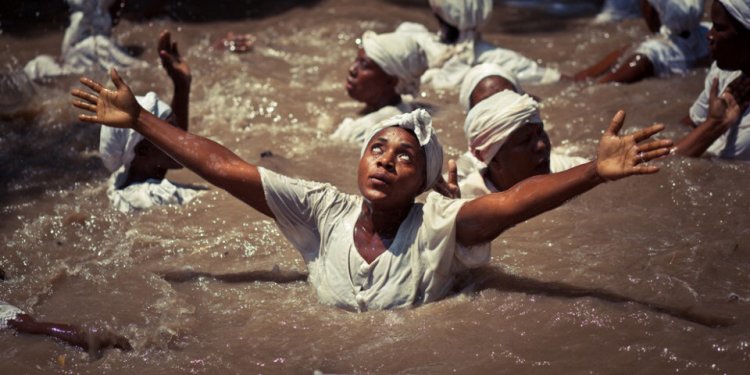 Indigenous Religious Beliefs and
Cosmology of the Filipino

Any simple attempt at describing the belief systems native to the Filipino is likely to be inadequate. The religious beliefs were as varied as the languages of the country. However, there were certain areas of common ground that existed among many of the peoples throughout the islands. In this webpage, we will try to organize some of these core beliefs an present as much as possible a Philippine system, or systems, of belief and cosmology. The problem is somewhat complicated by the fact that the native savants, like those found among other Malayo-Polynesian peoples, were highly secretive. Specialists in the field often complained after lifetimes of research that they had not uncovered much of the native knowledge. Their reasons for these beliefs usually stemmed from the fact that they often would hear the names of new deities, concepts, beliefs, etc., or of chants, sometimes epic in nature, even after their informants had assured them of divulging all their knowledge. Also, generally the most respected hierophants were often uncooperative with non-initiates.

While many early Western works focused on "juicy" anthropological items like human sacrifice, etc., these often lead to stereotyped views of Philippine beliefs. For example, among the Kankanai Igorots, the dog was almost worshipped, in a manner similar to other tribes throughout the Malay archipelago; some of whom even gave their dogs amulets to wear against sickness and danger. However, among some neighboring Igorot tribes, the dog, while considered sacred, is killed and eaten during sacrifices. This has been a source of some hostility even among these Igorot peoples who live close to one another. Throughout the Philippines, there was a great diversity of belief. Just as one cannot say that the torturing of heretics by the Grand Inquisitioner, the practice of conversion by sword, the slaughter of infidel women and children during the Crusades, and the robbing of Jews during the pogroms are characteristic of Christianity, one cannot casually stereotype Philippine beliefs.

Besides, it is unwise, in most cases, to judge others except by the their own standards. For example, the slaughter and eating of cows would be considered a great evil by many orthodox Hindus. It would quite literally be the mark of savages. Yet, Hindus generally do not use this standard when judging non-Hindus. So, with this, let us proceed.

While there somewhat of a trend going on in the ethnological circles claiming that widespread monotheistic beliefs found among many tribal peoples were due to the influence of diffusion, or by forced interpretation by missionaries, the belief in a Supreme God seems to be one of the most natural and simplest of beliefs. Indeed, very little evidence has been mustered in support of this theory and it remains simple conjecture.

In the Philippines, the record of the Spanish, and the surviving indigenous traditions leave little doubt that the Filipinos had a belief in a Supreme Creator God. The name of this god varied depending on what region is discussed. Among some of the names are: Bathala, Diwata, Kabunian, Mansilatan, Makaptan, Laon, Lumauig, Mamarsua, Tuhan, etc.
Here is a graph showing the hierarchy of creation generally held in Philippine belief systems:

The Creator God was almost always said to be invisible, or without form, and as such, images of the deity were not generally made. The name was considered sacred, and very rarely uttered, usually only in sacred rituals by special initiates. This same phenomenon occurs widely throughout the Malay Archipelago. Generally, the Supreme God was seen as distant and too involved in higher matters for direct worship. Instead, a lower class of deities, who, like humans, were also created, were the principle objects of prayer, supplication and ritual. However, sacrifices, offerings and rituals aimed at the Supreme God were no unknown, and they were usually reserved for emergency-type situations as among the Bagobo, or in very special annual rites.

The lower gods were known by names like diwa, diwata, tuhan and anito. As in many shamanistic cultures, these deities were divided into benefic and malefic categories. A sort of cosmic dualism was ever present in which humans and other earthly beings were also involved. However, the malefic deities were not generally seen as enemies and were often supplicated themselves. Their role in bringing harm to earthly beings was seen as having a special significance in the cosmic scheme of things. While a sort of battle between good and evil did exist, this was primarily between the beings of earth and the lower realms. In this conflict, the shaman/priest acted as the primary defender in native society. He/she sought the aid of the benefic deities against the malevolent lower spirits, or the appeasement of the malefic deities. In special cases, the shaman/priest even appealed to the Supreme Deity.