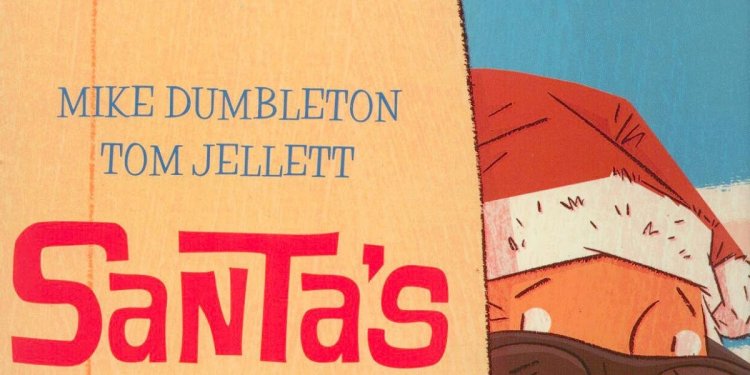 Alongside the immeasurable dignity and value of every human being is our need for redemption from somewhere beyond ourselves. The baby in the manger is the centrepiece of that story, writes Simon Smart.

Who can forget the tender image of a policeman emerging from the noxious cave cradling the now safe child? Everybody involved instinctively knew this was not only a shocking story, but from every angle a terribly sad one.

The news cycle has moved on but lately I have found myself wondering about that little boy. I like to imagine, as he approaches his first Christmas, he is now safe within a family that is able to care for him and bring him up in a safe, nurturing environment. Perhaps he'll be introduced to family traditions, propped up around a tree where there will be sparkling lights, laughter, colourful gifts, food and love. Will there be a nativity scene there with a baby looking just as vulnerable and in need of protection?

What, if anything, does the story of the baby in the manger have to say about the baby in the drain? It is in fact this story, with us now for more than 2000 years, that has shaped our understanding of the human person.

Christianity takes the Jewish concept of every person being made in God's image and turbo charges it with the Incarnation - God himself becoming a person in Jesus Christ. It's a claim that Western culture came to understand as the most emphatic declaration of human value imaginable. Every person, regardless of status, rank, power or capacity is considered to be a precious child of God.

Of course not every culture has felt this way - certainly not the culture that Christianity was born into in First Century Rome. The Greco-Roman world - a place where babies could regularly be found on rubbish dumps outside city walls - simply could not conceive of such an understanding of the measure of every human life.

In a famous essay in The Atlantic Glenn Tinder writes of the profound political and social implications for this notion of the "exalted individual" found within the Christian worldview, so influential on our culture.

It's a concept that demands care for everyone regardless of capacity. The immeasurable dignity of every person calls for equality so that none are to be casually sacrificed. No one belongs at the bottom, silent and ignored. The astonishingly universal nature of this depiction of the human person means that there are to be no aliens - rather, strangers should be welcomed.

As much as our culture might fail to reach these ideals their presence makes it kinder, fairer and more inclusive than it otherwise would be.

The baby in the manger tells us that the baby in the drain is worth rescuing; that the homeless alcoholic whose life is in ruins deserves respect and care; that the life of the illiterate peasant is as valuable as that of the prince; that the asylum seeker from a faraway land is worthy of costly hospitality and protection; that the demented old woman who can't speak or remember her own daughter is owed care and attention.

But the story of the baby in the manger - so easily sentimentalised to the point of irrelevance - is also the story of a necessary and dramatic action of a God who would not remain aloof from human misery and suffering but determined to become part of it. It's a story that confronts the human condition front on, knowing we are not OK on our own. Our lives are messy and complicated. There are things we can't control or understand. We long for something better. We long for redemption.

The Christian story has always maintained the paradox that alongside the immeasurable worth of every person is the reality that we are all weak, fallible and fallen. We are wounded and wounding. It's what British writer Francis Spufford called the human propensity to f- things up. Who of us can honestly say they don't immediately detect that in their own life and in the lives of those around us?

The Christian view of human nature is both wise and extreme, writes theologian David Bentley Hart: "It sees humanity, at once, as an image of the divine, fashioned for infinite love and imperishable glory, and as an almost inexhaustible wellspring of vindictiveness, cupidity, and brutality."

Of all the things within Christian doctrine most likely to rub against the grain of modern sensibilities, this is surely it. My co-author of the book For God's Sake, Jane Caro, speaks of her "faith ... in the fundamental goodness of human beings, " and she perfectly represents the now dominant secular liberal view in our society that there is nothing intrinsically malevolent within human beings themselves. Therefore human civilisation is advancing to a point where human destructiveness can be eventually left behind.

But as the atheist philosopher John Gray writes in an article at ABC Religion and Ethics, this modern denial of an innate fault within human beings runs hard up against the evidence around us every day, both in the news and in the mirror, that doesn't fit the narrative of human goodness. It's a stance, Gray says, that rejects a central insight of not only Greek tragedies and Roman historians but of Western religion generally that tells us that destructive human conflict is rooted in flaws within each of us.

"Dealing with evil requires an acceptance that it never goes away, " writes Gray.

The great artists and writers have always sensed this. Alexander Solzhenitsyn once wrote, "the line dividing good and evil cuts through the heart of every human being." Robert Louis Stevenson's Dr Jekyll and Mr Hyde famously explored the duality of human beings - the inner turmoil of a desire for good wrestling with and tainted by an inexorable leaning towards evil.

"I saw that of the two natures that contended in the field of my consciousness, even if I could rightly be said to be either, it was only because I was radically both", declared Dr Jekyll.

And of course the paradox of human nature was something Shakespeare expressed powerfully in the mouth of Hamlet: "What a piece of work is a man! How noble in reason, how infinite in faculty, in form and moving how express and admirable, in action how like an angel, in apprehension how like a god - the beauty of the world, the paragon of animals! And yet to me what is this quintessence of dust?"